Don't You Forget About Me (Book Two of Pam of Babylon) 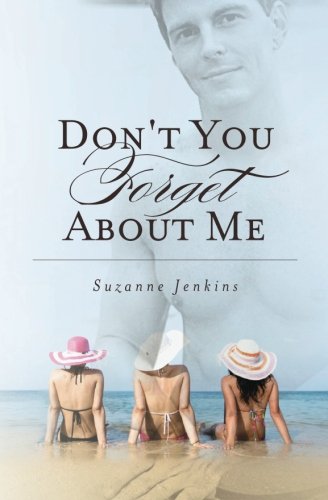 “Quinn definitely proves that she can hold her own, leaving no question that she has a distinct aim and voice.”

In (Don't You) Forget About Me, Skylar Gardner serves as a rather unreliable narrator—mainly due to the mind altering drugs she consumes that cause her to lose large chunks of time as she escapes into a dark bliss to blot out her troubles.

Yet more times than not, Skylar snaps out of it only to find dead bodies, bloody shirts, or other questionable evidence as her only clue about what took place during her drug-induced hazes.

The story begins with Skylar's memories of life with her sister, Piper, in the town of Gardnerville; a town founded by their family. Billed as a "magical" place, Gardnerville serves as a sanctuary for outsiders with terminal illness, allowing them to heal and live to triple digit years along with the rest of its residents. While there may be many perks to living there, the downside to the town can be deadly.

Many of the Gardnerville residents find that they have some sort of power—for Skylar it's the ability to steal thoughts and memories. Piper can plant suggestions in peoples' minds, and their father could make people love him—despite his inability to feel the emotion himself.

Four years prior Skylar lost Piper during the geographically indigenous and usually violent "fourth year" when Piper led 16 sleep walking peers onto the trestle just as a train came roaring through.

Fourth year is Gardnerville's deep dark secret. Each year a certain person is overcome with a strange urge, their powers ramped up causing them to do bad and often fatal things. Those involved in fourth-year antics are taken to the reformatory, a place made of brick that feels alive and demanding. Time in the reformatory crushes the soul and sucks out whatever shred of humanity remaining.

Now, four years later, convinced that the train didn't kill Piper but that she's secretly locked in a private room at the reformatory, Skylar splits her time between mentally checking out of the present and remembering the past in alternating, nonlinear chapters where she info-dumps in a combination of first and second person (past) disguised as one-sided conversations with her sister.

In her efforts to find her sister, Skylar uncovers clues Piper left behind. All the evidence points to one solution: Gardnerville and all its evil must be stopped. But the closer Skylar gets to finding Piper, the more the town's magical illusions are revealed, shattering everything Skylar has ever known.

Kate Karyus Quinn (Another Little Piece; June 2013) seems quite content to write characters with identity and memory issues, starting with her first book, Another Little Piece, where the main character stumbles through the present grasping at memory fragments in an effort to create a full picture.

Ms. Quinn also has a flair for writing strangely warped and jagged plots that don't quite fit together. On the one hand, this seemingly disorganized jumble is oddly intriguing and would be quite impressive if not for the frustrating confusion is often causes.

Luckily, this time around, Ms. Quinn took pity on the potentially confused and provided a couple of big hints regarding the eventual reveal. And while the reader may not find the reveal totally surprising, the fact that they were finally able to figure something out is.

Even when the author spoon-feeds a shocking twist, the readers may find themselves scratching their heads trying to discern how the information is even plausible, resulting once again in confusion as to whether the holes are in the plot or in our reading comprehension.

Despite its frustration factor, the fact that Ms. Quinn can keep up with her own twisted, quirky concepts is commendable. While Gardnerville is very Stephen King-esque, Ms. Quinn definitely proves that she can hold her own, leaving no question that she has a distinct aim and voice.

While many have written off her freshman attempt as too muddled to wade through—myself included—Kate Karyus Quinn's sophomore offering irons out a few of the kinks, while maintaining the style of organized chaos she has become known for.