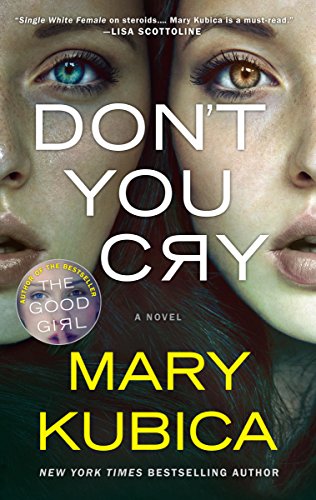 On a cold November Sunday, the alarm is going off in Esther Vaughan's Chicago apartment. Quinn Collins, Esther's roommate, heads to Esther's room, noticing the window to the fire escape is open with frigid air blowing in. Esther is nowhere in sight, and Quinn questions why she would leave via the fire escape. After several hours, Quinn grows nervous. They are friends. Where is Esther? Why would she go without saying anything?

Quinn discovers a letter Esther wrote addressed to "My Dearest," which leaves her totally flummoxed. She tries to file a missing person's report but is told Esther being a grown woman would probably return within 48–72 hours, but if not, to come to the station.

On Monday, Esther is still gone. A call her work shows she isn't there, nor is she at any of the local hospitals. Troubled, Quinn digs through Esther's belongings only to discover Esther is not who Quinn thinks she is. As Quinn states:

"She's grieving and I don't know a thing about it.

"But why, I wonder, why is Esther sad?

"And what else hasn't she been telling me?

"There's more. Another document that I find in the pile of documents. A form, an official-looking form that reads State of Illinois across the top. In the circuit court of Cook County, Petition for name change."

While Quinn is perplexed and trying to sort things out, 18-year-old Alex Gallo exists day-to-day in a small Michigan town about 70 miles from Chicago. He works as a dishwasher at a cafe, tends to his drunkard father, and pays the bills. Though offered a full scholarship to college, he considers it his duty to look after his dad.

Alex realizes he's stuck. He is angry at his mother for abandoning him as a child yet believes he caused her to go. Now he's doing penance as a caregiver. For a young man on the threshold of his life, his angst is evident:

"Pops is on the sofa when I go, his arms and leg spread out in all directions. There's an open bottle of Canadian whiskey on the coffee table--Gibson's Finest--the cap lost somewhere in the cushions of the sofa, or clutched in the palm of a clammy hand probably. He's snoring, his chest rattling like an eastern diamondback. His mouth is open, head slung over the arm of the sofa that when he finally does wake up--hung-over, no doubt, he's sure to have a kind in his neck. The stench of morning breath fills the room, exuding like car exhaust from the open mouth--nitrogen, carbon monoxide, and sulfur oxides flowing in the air, making it black. Not really, but that's the way I picture it, anyway--black--as I hold a hand to my nose, so I don't have to smell it. . . .

"But still, even in sleep, I see defeat. He's a defeatist, a calamity much worse for the forty-five-year-old men than love handles and receding hairlines.

A young woman comes to the cafe leaving Alex awestruck. Though reserved and older, he is fascinated and follows her, almost stalking her. She hides in the vacant house across the street from where Alex lives. He wants to understand her better but is hesitant to delve into her personal life.

Between working, minding his dad, and wondering about this stranger, Alex attends to Ingrid, a middle-aged agoraphobic. He finds peace in her home, and she often queries him about his life, though they share a lot--being alone, miserable, and pathetic.

Don't You Cry is written in the alternative voices of Quinn and Alex as each plod through a journey of acceptance and finding their way. Though both are independent, they are naive and crave approval and love.

Fast-paced and articulate, Mary Kubica drops clues like crumbs to leave the reader speculating the rationale of joining these two characters in one story. The similes and metaphors shown in the quoted material offer visual effects while the plot electrifies up until the unexpected conclusion, tying everything together into a finely-crafted thriller.