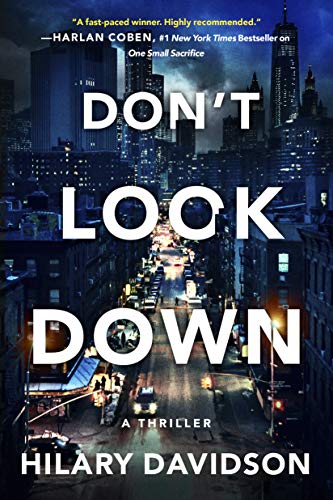 “It’s a riddle of a crime that will put both Sheryn and her partner through the wringer before they can stamp this particular casefile ‘Closed.’”

Jo Greaver’s young life was filled with conniving adults who forced the teenager to do things against her will. Today, she’s a business success, having escaped that life and hidden it away, or so she thinks.

Now—out of nowhere, she’s being blackmailed.

When Jo meets the man in possession of the information that could ruin her career and drive away her fiancé, things go horribly wrong. Jo only brings a gun with her because she’s afraid but when the man also draws a gun—in the confrontation, the two shoot each other.

Jill survives and escapes, but not for long.

NYPD detectives Sheryn Sterling and partner Rafael Mendoza are assigned to the case. When irrefutable evidence points to Jo and she’s arrested, it doesn’t take long for Sheryn to decide that everything is too pat.

“Look at the basic facts,” Rafael said. “We have the gun and it was in Greaver’s apartment. She’s guilty. It’s that simple.”

The victim is portrayed by friends and family as a man too kindhearted for his own good. He fought for the underdog and that made some enemies, but he and Jo didn’t know even each other.

“Everyone who knew him can’t be wrong. Obviously great guys do shady things. We see it all the time, but . . .”

One important point leaps out to turn all others upside-down: Jo insists the man she shot was white. The dead man is not. Andray Baxter is African American.

“Forensics says there were two guns in play at the scene. Jo Greaver was shot. That means Andray shot her but there’s no gunshot residue on his hands.”

Who did Jo shoot, and who shot Andray?

Is it two crimes or one?

It’s a puzzle and the solving of it will bring some hitherto unknown pieces to light: A prospective mother-in-law whose surface is sweet while underneath resentment seethes, a slumlord with a grudge against the dead man, a dead sister whose demise belatedly reveals some contradictory evidence, a fiancé who vacillates in believing and disbelieving in Jo’s guilt.

“Nobody wants to believe their son or their friend or their spouse is a criminal. We make excuses for people we love all day long.”

In this case, it’s difficult to tell who’s sincere and who’s lying. It’s a riddle of a crime that will put both Sheryn and her partner through the wringer before they can stamp this particular casefile “Closed.”

Told from the point for view of several characters, including Jo, her fiancé, Cal, and both detectives, Don’t Look Down will keep the reader guessing. As she did in One Small Sacrifice (reviewed here in June of 2019), Detective Sheryn Sterling goes from believing in the accused’s guilt to doggedly using facts and intuition to prove her innocent.

Besides Sheryn and Rafael, author Davidson has created some truly memorable (as well as utterly underhandedly vicious) characters, the kind the reader will love to hate. This is the type of creative finesse that makes a reader keep coming back for more.