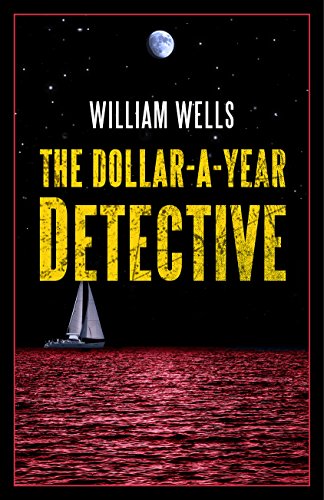 In another life, Jack Starkey was a Chicago homicide detective. “Get shot once, consider it bad luck. Twice, examine your tradecraft. Three times, think about a different line of work.”

Jack has. He’s now retired and living in Fort Myers Beach, Florida, where he resides on a houseboat and runs a bar called the Drunken Parrot. He considers he’s living the Dream but occasionally, murder intrudes to set him straight on that point.

“It’s nine o’clock on a Saturday, and the regular crowd is shuffling into the Drunken Parrot, just like in one of my favorite Billy Joel Songs, The Piano Man.” Along with them comes Jack’s friend, Police Chief Cubby Cullen.

Recently, the Coast Guard has found a derelict sailboat floating in Pine Island Sound. Aboard are the bodies of a bank president and his wife, each killed by a single gunshot. No clues, no motives.

Because murders are rare in Fort Myers Beach, Cubby asks old buddy Jack to give the investigation the benefit of his Chicago expertise. Jack agrees, and is hired for the munificent sum of a dollar-a-year.

“‘Day One on the job, Jack. Today you’ll earn one three hundredth and thirty-sixth of your salary.’

His investigation will turn up motives aplenty, as well as some very interesting suspects, ranging from corrupt politicians to a Little League dad with an anger-management problem. The motives are as far-ranging, and Jack’s hard-pressed to figure out how offshore oil drilling in the Gulf of Mexico and a Russian oligarch would have anything to do with a bank president who was liked by everyone, or so they say.

Along the way to solving the crime, Jack will find himself a bodyguard to an up-and-coming state senator and discovers politics do indeed make strange bedfellows. His response of the moment, is typical Jack, however: “I’ve never been a bodyguard, but The Bodyguard starring Kevin Costner is on my best-of list.”

Told from Jack’s point of view, the pacing and cast of characters encountered by our hero make this in some ways as much a cozy detective novel at it is a police procedural. Some readers may find a comparison to Donald Hamilton’s Travis McGee in Jack’s choice of abode or Brett Halliday’s Mike Shayne because of the Florida locale. Jack’s neither a hardboiled Mike Hammer nor is he an Hercule Poirot using his ‘little gray cells,’ however. He’s merely a retired, if seasoned, detective from up North who’s settled into a retirement life he loves but can still be tempted from it if the case is intriguing enough. And this case is definitely tempting.

Readers will find the characters Jack encounters as rough or refined as any in the aforementioned detective novels, from the suave but wily politician to the taunting Russian hacker calling himself Peter the Great. They’re also as dangerous as can be, even if their fangs aren’t immediately on display.

The Dollar-A-Year Detective is an enjoyable read, good for a rainy afternoon’s entertainment. The only complaint may be from the reader who dislikes the first-person present tense form in which the narration is couched. Otherwise, none should have any grievances with author William Wells’ novel.

It’s a tense adventure, as Jack tries to unravel all the knots in their stories, and then reweave them into a coherent reason why a bank president and his wife found themselves alone on a boat with a murderer. Never fear, however. This detective on a dollar-a-year retainer will prevail and be ready for another case between tending bar and enjoying a gourmet meal with his girlfriend.