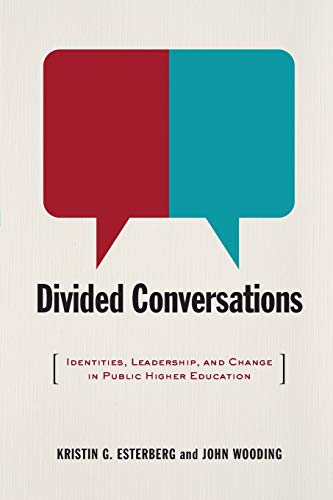 Educational reform is high on the agenda of the Obama administration for good reasons.

Ours is an information and knowledge society and this places new demands on the labor market and, by default, educational institutions. All levels are concerned: primary, secondary and higher educational levels.

These challenges are multifarious. The introductory chapter provides a good overview of the literature on the subject and of what we know so far, namely,

• that “higher education was designed in the 11th century and operates on a 19th century agrarian calendar, while trying to prepare students for life and work in the 21st century;”

• that modern colleges assume too many roles and do none very well;

• that students (and their parents) “think of a university education primarily in terms of its financial pay off” and that these expectations are linked to “the louder calls for accountability;”

• that the student population is growing more diverse as the population of professors and university administrators is aging;

• that universities are more and more under pressure to find alternative sources of funding while at the same time having to deliver improved infrastructures; and

• that these same universities are held responsible in terms of controlling costs but not with respect to setting prices or deciding on tuition and academic fees.

In brief, “the real issue is how [we can] ensure that public institutions serve a public purpose. How can public institutions of higher learning continue to meet the needs of students, the local communities in which they are embedded, and the states for which they provide the vast majority of an educated and informed citizenry?”

Finding solutions to the above challenges will be possible only on the basis of a thorough understanding of institutional practices of prestige.

As shown by Pierre Bourdieu in his seminal study in France in the 1970s, higher education establishments are not mere knowledge providers, they also create (hierarchical) power structures of distinction, including those that confirm their own raison d’être. It follows that when such institutions are in crisis because of rapidly changing conditions, the role of these structures is fundamentally questioned.

Today this is evident in the processes of stratification at the sector level as well as within individual organizations. Next to the cleavage between the private and public sector catering to the needs of the wealthy and middle class respectively, we now have that between (public) community colleges and the (public) state universities. This stratification is reproduced in the ranking of faculty positions in terms of money and status.

The result is “an armed race for prestige” that aggravates the already existent alienation of professors from students. Many of those opting for the academic profession are frustrated with teaching since teaching contributes little to upward mobility in comparison to research (and publications).

According to Ms. Esterberg and Mr. Wooding, this stratification within the academy leads to “disaffection among faculty members,” and also explains another cleavage, namely that between academic and administrative personnel since “for those who do not or cannot compete . . . there is greater dissatisfaction and willingness to blame the administration for failing to protect the privileges faculty had—or are imagined to have had—in an earlier time.”

It is these divisions that make “real shared governance and hence real campus change [difficult to make] happen.”

The fact that administrators are today more likely than tenured academics to enjoy mobility and earn more money, yet enjoy less status, aggravates the situation: “Faculty and administrators are engaging in conversations. But it is more than the conversations that are sometimes at odds. The conflicts are structural, related to the structures of mobility and systems of reward within higher education.”

Strained conversations are also the norm between faculty and department chairs and also among disciplines—often for similar reasons. One prominent victim of such divided conversations is interdisciplinary research, which is promoted in terms of funding but not acknowledged as of equal academic status because it lacks the institutional grounding and rigid boundaries of traditional disciplines.

How to change this situation? According to the authors of Divided Conversations it is important to answer the question “what is the role of the public university” and by so doing also recognize that it is impossible for public universities to deliver on all three fronts of money, prestige and power.

Kerstin Esterberg and John Wooding are of the opinion that public universities should be upgraded and with them the teaching profession as a whole. Besides revisiting rules of tenure this will necessitate the parallel reform of university administration—among other changes—toward better training.

Divided Conversations is a well-timed book on a very important subject. It provides an expedient overview of the key issues and advances useful recommendations based on solid empirical research and insider-knowledge of the workings of public higher education.

The book will be particularly helpful for those working on higher education reform both in the United States and Europe.