Dior by Dior Deluxe Edition: The Autobiography of Christian Dior 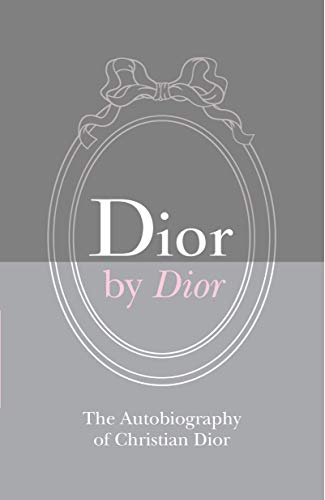 it is pretty safe to say that the brand and the designer, Christian Dior, have had more ink devoted to them than any other brand or designer within the world of international fashion. You might be asking yourself if that is the case why should I read this and the answer is simply: he wrote it; it is his life in his words with no interpretation and not colored by anyone else’s personal feelings or opinions. There are few existing autobiographies of legendary designers of this stature.

This is the most intimate story of a world class designer as well as a man who loved his gardens and every single piece of haute couture that he ever created. He considered his creations to be his children, and once they were shown, they were the children who had left home to start another life.

The book is such a treasure as the man bares himself to the reader. Almost every book ever written about a designer is a mere retelling of that life, but here you have a warts and all story about a man who actually lived the life he writes about, and that is something nonexistent today unless approved by higher ups, PR firms, and legions of editors who only want the gloss and not the dross.

In stark contrast to the current crop of today’s so called designers, Monsieur Dior actually created. He did not espouse. He didn’t intellectualize. The man created some of the most iconic designs of the 20th century without legions of sketchers, design support staff, or fawning press. In other words, Christian Dior was the real deal, and anyone who has even the slightest curiosity about the brand or fashion should run out and read the words of one of the greatest couturiers/createurs of any century.