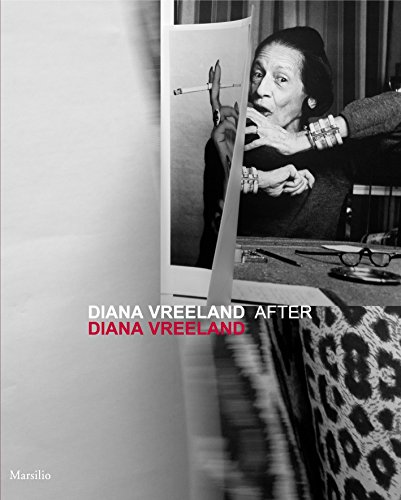 “This particular rendering of the life of one of fashion’s most enduring icons is hugely appealing on many levels.”

This particular rendering of the life of one of fashion’s most enduring icons is hugely appealing on many levels. This is a book for the uninitiated fashionista—if such a person exists: the well-educated fashion maven in search of an extremely well integrated study of Mrs. Vreeland’s body of work, as well as for those who might not ever have paid attention to the life and times of Diana Vreeland.

On yet one more level, there is the fact that the book serves as a catalog for the 2012 Vreeland show at the Palazzo/Museo Fortuny in Venice in cooperation with the Diana Vreeland Estate. Within this “curatorial” segment in the life of Diana Vreeland, one learns what was swimming in the head of this editorial genius and how her knowledge and train of thought take the lead as to how this exhibit was mounted.

Some of the narrative is painstakingly detailed in its retelling, and some of it might tend to be a bit scholarly in tone, but no matter how you read this book you leave with a smile knowing that not only did Diana Vreeland leave an indelible mark on the world of fashion, but she most certainly did the same in a much stuffier and more hallowed world that is inhabited by curators and art historians.

The authors take you on a mostly visual trip through the life of Mrs. Vreeland via her “bon mots,” her editorial achievements and iconic images, her own personal interpretation of fashion, articles written about her that appeared in nonfashion magazines, and even through copies of internal memos from her to her staff at Vogue.

The reader is swept into a whirlwind of creativity that will probably never be duplicated again in our lifetimes. She made what was once considered a narrow audience of self-absorption and turned it into a form of entertainment heretofore unexplored. Diana Vreeland turned personalities (Barbra Streisand, Gloria Vanderbilt, and Babe Paley) into models and turned models (Marisa Berenson, Veruschka, Twiggy) into personalities way before there was Anna Wintour or Instyle magazine.

Having read many pages written about the life of Diana Vreeland, I found Diana Vreeland After Diana Vreeland offering up a different angle on this much fabled life as well as providing us with details that have never been previously revealed.

We have all heard “Why not rinse your child’s hair in dead champagne?” but are rarely offered up pages of these “pearls of wisdom” which defined her life and gave an extra wallop of personality to her character.

The authors also make clever use of excerpts from previously written books and then combine them to weave a rich fabric that forms the cloth of Vreeland’s life in fashion. How can one not fall in love with a fashion icon who says “too much good taste can be boring!” or “I loathe narcissism, but I approve of vanity.”

To this I would add: “Why not get to Venice, as soon as possible, to experience a life well lived?”