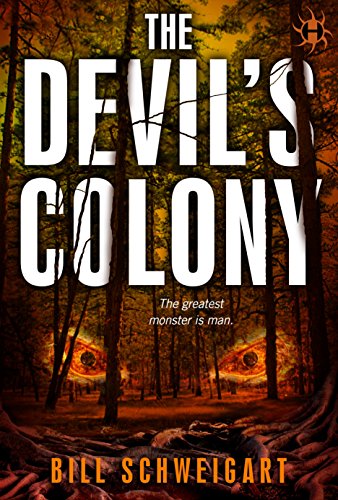 “a suspense novel with a hovering expectation of supernatural dread . . .”

Once more, the team gathered by Richard Severance, so-called “cable-TV cryptic quack,” but in reality one of the world’s protectors, is called into action.

Drexler’s father was a Nazi SS colonel, in charge of “Folktales, Fairy Tales, and Myths,” ostensibly searching for evidence of Germanic influence in those areas, actually seeking to make his finds weapons for the Reich.  Stranded in the U.S. at the end of the war, Dietrich Drexler settled in the New Jersey Pine Barrens where Henry was born.

The two old friends chat congenially, until Severance mentions a creature ravaging a neighborhood in Barcroft, then an attack on Barnabus, Minnesota by someone using “folklore as a deadly weapon.”

‘I’ve spent a good many years looking for monsters in the shadows,’ Drexler said, ‘when monsters, real monsters, were right out in the open.’

‘I’ve news for you,’ Richard answered. ‘There’s monsters in the shadows, too.’”

Severance doesn’t waste time declaring his enmity, or that he knows Henry’s responsible for the Beast of Barcroft and the incident in the Northwoods, that he’s the “limping man” he’s been cautioned against.

“‘Henry, I’m more concerned abut all of your man-eating demons I keep bumping into. People are dead and you’re going to answer for it.’”

With that warning, the two old friend part as enemies, and Severance gathers his team.

He sends Ben and Lindsey to Välkommen, the compound established by Henry’s father, isolated, and self-sufficient, with a steady influx of people arriving every day.

“‘I’m in the dark but I know it’s all connected. After all, how many limping men have specialized knowledge of cryptids?’”

As a young couple ready to be converted to whatever Drexler offers, Ben and Lindsay are to infiltrate, get the needed information, then be extracted by Alex and David.

It’ll turn out to be anything but.

Once on the inside, Lindsay and Ben are inundated with modern-day horrors of extreme bigotry and racism, successfully stifling their own beliefs to blend in. Ben must get in good with the young men following Felix, Drexler’s son while Lindsay becomes close to Drexler. She finds herself liking the old man in spite of all the Nazi trimmings.

Then things go sideways. Ben discovers a body hanging from a bandstand, someone a little too outspoken to the new arrivals.

“This is not a place for those with demons,” is Drexler’s eulogy. “In the right person, Välkommen inspires madness.”

Patrolling the forest surrounding Välkommen anticipating Ben and Lindsey’s extraction, Davis sees someone he never expected.  The head of Drexler’s so-called security is Breaux, a deadly comrade from his black-ops unit, and that isn’t good. Breaux is following Ben.

“‘Haven’t you heard?’ said Breaux, a smile spreading on his face. ‘there’s a bogeyman in the woods.’

Ben felt a chill. He was sure the bogeyman was right in front of him, smiling like a wolf.”

When Ben and Lindsay make their escape, a faceless, hulking something in the woods prevents their leaving Välkommen. They’re forced to return. In a short time, the entire team confronts the horror Henry Drexler has been hiding.

Unlike the two previous entries, The Devil’s Colony is written more along the lines of a political thriller than a horror novel.  For most of the story, the crimes perpetrated are of human origin, having nothing supernatural about them. It’s more of a suspense novel, except for that hovering expectation of supernatural dread. After all, this is the third in a trilogy of stories about men and monsters, so there have to be monsters lurking somewhere.

When they do appear, the monsters will satisfy any horror buff’s anticipation.

The story’s straightforward narration and camaraderie between its characters, now working together as a well-oiled machine after their other adventures, combines with a well-written plot for an enjoyable adventure and a welcome addition to the trilogy.

In a finale to end all finales, there are revelations for the living from the dead, and a bittersweet parting from someone Richard Severance has come to love, as well as sudden and shocking major deaths, making the reader wonder if author Schweigart is confirming that this is truly the final novel, and doing so with a vengeance. His fans will hope this isn’t so, for there is definitely enough folklore in North America for Severance’s team to continue fighting ad infinitum. Others more deadly than those in Henry Drexler’s dreams can surely rise to confront them.

It is devoutly to be wished that The Devil’s Colony doesn’t lower the curtain on this very original series.