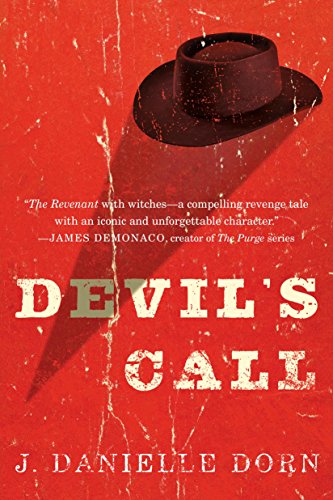 In the mid-19th century, a young widow writes a letter to her newborn daughter . . .

“What I’m about to tell you is an injustice the likes of which the world has known for so long as men walked in it.”

Li Lian is from a family of Scottish witches, driven from their home to the New World, now living in St Louis, Missouri, where they run a tavern. She is different from her red-haired cousins. Her father was perhaps Asian, but her mother keeps his identity among other family secrets.

Li Lian is headstrong and indiscreet, hiding her abilities from the uninitiated. She’s also curious about the world, and at the age of 13, she runs away . . . “because of my own wandering feet.”

It is as a barmaid in a cantina on the Brazos River’s north side that she meets Matthew Callahan. He’s a few years her senior, sent by the army at the request of her mother to bring her home, and will eventually become her husband.

Matthew completes his assignment but his association with Lillian, as she’s now called, doesn’t stop there. When she’s confronted by a posse for casting a spell to punish a man attempting to assault her cousin, Corporal Callahan again intervenes.

“You know, this is the second time after someone called you a witch and said they were going to kill you . . . I wanted to make sure you ain’t found more trouble . .  .”

Though he’s bound for the Mexican War, an odd courtship follows, mostly through correspondence. When he returns, it is to ask her to marry him. Lillian goes to Chicago with Matthew, where he studies to be a doctor.

They are happy in Chicago. Then her husband’s old commanding officer appears, urging Matt to come with him to the Nebraska Territory with him, to a place called De Soto, needing a marshal and a doctor.

For three years, they live there peacefully. Lillian becomes pregnant. Then one night her mother’s mirror image appears to her with a warning: Three men are on their way, and they mean no good.

When the men do appear, one is wounded. Matthew has no recourse but to treat him. Seeing he’s going to do major surgery, Lillian gets Roger Hawking, the town butcher, to assist. They return to violence and death, the end of Lillian’s happy life and the beginning of her quest for vengeance.

“He looked at me and time still feels as if it has frozen in that moment as I watch the lead shells leave the muzzle of the blunderbuss and pass through your father’s back.”

The third rider kills Matthew and takes away his wounded companion.

In a complete miscarriage of justice, Lillian finds herself arrested by Ness for Matthew’s death. At last revealing his enmity, in short order he has her already tried and sentenced, telling her he’s arranged a stay of execution so she can have her baby, after which he’ll take custody of it.

Lillian is saved from the mockery of a trial by Hawking breaking her out of jail.

“I know you didn’t kill Matthew and nobody’s going to do a thing to keep them from hanging you. Except for breaking you out of here.”

Together, the heavily pregnant woman and the drunken butcher become fugitives from justice, on the trail of three men no one believes exists.  Their trail will lead them to New Orleans, where they discover the man in black is more than a man. If he’s not the devil, he’s close to it, and he has a personal vendetta against the MacPhersons, one stretching back generations to a family member in Scotland.

Now it’s not only Lillian’s life at risk but also her soul, and that of her child.

Using historical events as a vague frame for Lillian’s story, from her meeting Matthew and her descriptions of the rough and tumble environment of Texas and St. Louis and back again to the Nebraska Territory, its beginning will seem the usual tale of revenge. Soon, however, the presence of the man in black proves otherwise. Lillian is more than a grieving widow, she’s a woman fighting for her own life, as well as that of her unborn child, attempting by finding her husband’s killer to prove not only her innocence but that even a witch may be blameless of crime.

Couched in the rather stilted syntax of another Western to which it has been compared, Devil’s Call has been termed “True Grit with magic,” by author J-F Dubeau. It is a brilliantly conceived, colorfully and forcefully written, and very different Western novel.