The Devil Aspect: A Novel 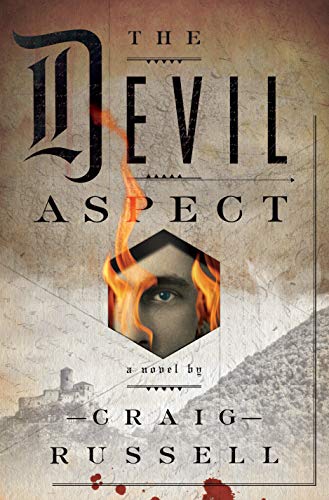 “A horror story, a novel of psychological terror, or simply a mystery in a historical setting, The Devil’s Aspect is all three and more.”

Viktor Kosárek can’t believe his good fortune. The Jungian-trained psychiatrist has been offered a position at Hrad Orlů Asylum for the Criminally Insane, a prestigious place for a novice young doctor in Prague of 1935.The asylum houses has only six patients, the so-called “Devil’s Six,” people who’ve committed crimes so heinous they are isolated from even other patients. Viktor sees this as his chance to prove his theory that the madness affecting them is the sharing of a common delusion, something he called the Devil’s Aspect.

Hrad Orlů has a history of its own. It was the home of Jan of the Black Heart, a ruthless nobleman who is said to still haunt its halls.

“Despite it being a bright autumn day, Viktor felt as if the castle closed behind him, around him, over him, and he could not now escape its stone embrace.”

One by one, he meets the inmates—The Woodcutter, The Clown, The Glass Collector, The Vegetarian, The Sciomancer, and The Demon. He’s attacked, leaving him more determined than ever to prove his hypothesis correct, and then, under hypnosis, one of his patient’s speaks in a different voice, and he makes a breakthrough.

Kapitán Lukáš Smolák pursued a different type of insanity, a serial killer copying the murders of London’s Jack the Ripper, even calling himself “Leather Apron” after the nickname that killer gave himself. Attempting to understand the killer’s motives, Lukáš contacts the asylum where he and Viktor share theories.

Viktor now has a romantic interest in Judita Blochová, daughter of one of Viktor’s teachers, but Judita is cautious. She has other fears than those the patients pose.

“The newspapers were full of the Nuremberg Race Laws the Germans had enacted the month before. Now she judged every acquaintance as a potential threat. Viktor had made no effort to hide that he was attracted to her. Didn’t that mean he was uninfected by the insanity around them?”

If Viktor has any other worries, it’s his concern for his friend Filip. In recent months, Filip has become increasingly erratic. He’s been expelled from university. His rantings about his hatred of women get him into tavern brawls. Viktor fears Filip may be accused of being Leather Apron if he doesn’t control himself, unless . . . could it be true?

Could the Devil’s Aspect he’s proven to be a tangible reality have infected his friend? Viktor has to stop the evil from spreading, and with Judita’s help, he intends to do so, even if it costs him his own life.

“It’s a psychiatric contagion. Multiple patients exhibiting a shared symptom, a shared personality, and it has something to do with the murders, and whatever is going on with Filip.”

Set in a time when human monsters are already roaming that part of the world fomenting hatred and death, the ending of this novel at the same time provides a staggering twist and a shocking disappointment, not a disappointment in the usual sense, but in that the reader’s expectations for the main characters are irrevocably shattered. Craig Russell’s manner of doing this is a deft bit of authorship because it is totally unexpected.

The history of the castle with its many unsavory incidents provides a Gothic feel, adding to the overall sense of menace. By giving minor characters a connection to the Devil’s Six—i.e., the Prague medical examiner’s brother is one of the patients; Smolák takes the glass bead he finds at a murder scene to glass store owner Anna Petrášová who refers him to one of the Devil’s Six as a glass expert before she is also murdered by Leather Apron—reveals how far-reaching the evil spreads before coiling back to the source.

Viktor’s delving into the cause of each patient’s dementia is a counterpoint to the incipient hysteria brought on by the threat of German encroachment of Czechoslovakia, while it inexorably leads to the unveiling of the existence of an indefinable something they all share. When this entity speaks to him, it appears he’s finally proven his theory, but in a most unexpected way.

A horror story, a novel of psychological terror, or simply a mystery in a historical setting, The Devil’s Aspect is all three and more.  It’s a novel the reader will remember and continue to think about long after that final sentence is read, while those with an ironic frame of mind will also realize Viktor’s promise to follow Judita to America has actually been kept.