Democracy in China: The Coming Crisis 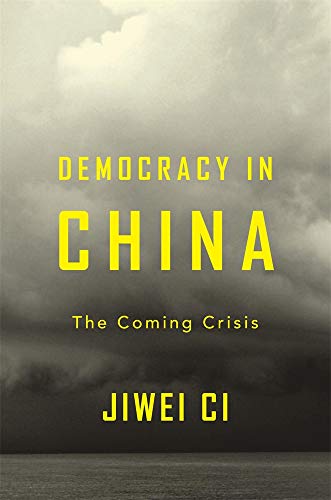 “Granted that democracy is always a work in progress, if democracy again shines in the United States, its broad appeal can bolster demands for democracy in China.”

Much of humanity, according to Democracy in China by Jiwei Ci, professor of philosophy at the University of Hong Kong, sees China as a successful meritocracy in the Mandarin tradition. While Western democracies twist and twirl amid their foreign interventions, economic recessions, and information network distortions, China has enjoyed stable growth. No matter whether China’s system is Communist or Confucian, it seems to deliver the goods that keep most people content. This appearance prevails, however, because the system shuts off all discussion of political alternatives—even mild suggestions of “political reform.”

Ci argues that China needs democracy for “prudential” reasons—"to stave off the potentially disastrous consequences for social and regime stability of trying in vain to indefinitely maintain the status quo.”

Democracy is needed also to preserve the legitimacy of the system—sure to be questioned by the time of the next leadership succession. President Xi’s successor will face factional competition within the Communist Party and a possible renewal of June 4 (Tiananmen) pressures on the street.

Today’s China is already democratic in the sense that it has no fixed social hierarchy or fixed class distinctions, as under Mao Zedong. But its political regime is not democratic. A democratic regime would be more “fitting” for the society that has emerged in recent decades. It would also make China more governable, because people would have more confidence that their concerns could be heard.

Ci grants that there are deep challenges to his vision, beginning with the need to prepare the Chinese people to exercise a role in politics. He ignores the difficulties now being experienced in the United Kingdom and United States where polarization has supplanted respect for the views of ideological rivals. If democracy does not work very well where it has been promulgated and attempted for a few centuries, what are its prospects where authoritarianism has prevailed for many centuries if not millennia?

A professor of philosophy and the author of several books, Ci’s writing is very clear. He knows the Western literature on democracy and can relate it to current events in mainland China and Hong Kong. Some readers will find it too wordy and too full of qualifications. On the plus side, his 30 pages of endnotes amount to a primer on all the ideas and issues he considers—from Aristotle and De Tocqueville and John Rawls to Xi Jinping. He carefully details the distinction between the Prussian state discussed by Immanuel Kant and that of modern China.

While Ci believes China needs a democratic political regime, he thinks full-fledged democracy is impossible in Hong Kong, because sovereignty resides in Beijing. What Hong Kongers could enjoy, however, is “a democratic way of doing certain things.” Hong Kongers can have extensive civil liberties and a legitimate court system without having sovereignty. But it does without saying, according to Ci, that the head of Hong Kong’s legislative council may not be against Beijing.

Ci concludes that there is no chance for universal suffrage in Hong Kong unless this also becomes the practice in mainland China. Many Hong Kongers, however, reject the principle of “one country, two systems” so long as the “one country” is ruled by the Communist Party. They demand, in effect, not just two systems but two sovereignties. This outcome, Ci believes, is unrealistic. He does not consider the federal option of the United States where all rights reside in the people and the states except for those specifically authorized for the central government. The American approach could give substance to the idea of one country with two systems.

Meanwhile, Ci concludes, China is shedding its Deng Xiaoping modesty (“hiding one’s light and bidding one’s time”) and claiming a central place in universal history. Regardless of China’s material power, Ci predicts, most of humanity will not emulate a China that denies its people political freedom. As Karl Marx put it, freedom has to be the goal of universal history. Absent freedom and democracy, the Chinese Dream could be left offering only “bread alone” prosperity. In today’s China the natural human desire for agency has been displaced by access to material wealth. But a bourgeois society will sooner or later come to demand so-called bourgeois freedoms.

Not just Hong Kong but the entire Cantonese-speaking south may pull away from the Mandarin north, joined by fissiparous drives in Tibet, Xinjiang, and Mongolia. Not just minorities but Han Chinese, north and south, may demand more democracy, weakening China’s current role as the steam engine for super continent development. If China became more democratic, this could be a positive for most Chinese in the long term, but would probably destabilize China in the near- and medium-term.

To counter centrifugal forces China may become more aggressive. It may step up military pressures to reunite Taiwan with the mainland, turning Xi Jinping’s Buddha-like visage into one of twisted and explosive rage. Tensions between China and its neighbors—Russia, the Koreas, Japan, Southeast Asia, India—may fester and deepen. An aspiring superpower may clash with the ailing superpower as both fall into Graham Allison’s “Thucydides trap.” The relative symmetry that made arms controls feasible between the two erstwhile superpowers is lacking between China and the United States.