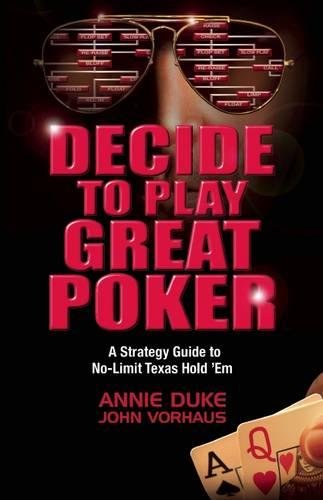 Beyond the explicit games of sports, the game metaphor/reality applies to personal relationships, education, politics, management, business, and investing, and includes storytelling, arts, entertainment, and more.

Given the pervasive and extraordinary popularity and penetration of games in so many facets of contemporary society, knowing “how to play the game” is not optional but mandatory for effective involvement in so many roles in the 21st century. Competitive game players must be disciplined to pursue the arcane theoretical aspects to master the games they choose to play as well as those they may be compelled to play.

Indeed, the significance of games has been recognized by the awarding of the Nobel Prize for advances in game theory. To prevail in the most sophisticated games, it is essential to do the heavy lifting involved in comprehending game theory, to translate the lessons of that teaching into action.

The effective game player learns not only from studying the discipline of the specific game, but also, especially importantly, studying game strategies drawn from other disciplines. This process involves continual, lifelong learning, observing and studying games and their strategies, modeling the best game players, studying with great teachers, and—especially if you wish to prevail—balancing blending what works and challenging conventional wisdom. Central to this self-directed study is reading books that can stimulate how you think about playing the game. One of those books you would read is Decide to Play Great Poker: A Strategy Guide to No-Limit Texas Hold ’em by Annie Duke and John Vorhaus.
Poker is an apt metaphor for the nuanced, complex, often capricious games that increasingly characterize life in the 21st century. These 21st century games are increasingly accessible, meaning more and more people, who previously were unable to play, can now play. The games are often harder than they look. Uncertainty rules but is not well understood. Being smart, capable, and resourceful are important but not always rewarded, for sometimes the naive, marginally competent player with limited resources wins.

The authors reject the analogy that the complexity of poker parallels chess. Chess involves one opponent, whereas a poker hand may start with as many as nine other players. Whereas in chess you see all of your opponent’s pieces, in poker you do not know all of the cards that any one of your opponents might play. Of the 23 cards dealt, two cards face down to each of the ten players and three cards face up, you know only five: your two cards plus the three cards dealt face up. More than three quarters of the cards are unknown to you. The authors assert because “there are no rules”, “the decisions to be made during a hand of poker involve extraordinary complexity, so rules alone won’t get this difficult job done.” The reason rules alone are insufficient is because “poker is a game of decision-making under conditions of uncertainty.” Consequently, they advise that your primary goal should be, “reduce uncertainties and make your decisions easier for yourself.”
The authors favor combining deliberate, calculated play with bluffing, which can be the path to winning. But sometimes, you can win by losing through bluffing, for “the bluffs that get called are what builds future equity . . . there’s continuing and overall value in keeping your opponents guessing about your real strength.” As they advise, “If you don’t get caught with your hand in the cookie jar sometimes, you’re just not playing right.”

Because whether your opponent is bluffing or the real deal is unknown, decisions about how much to raise or not to raise should, the authors advocate, be investments in information. To this end, they assert, “The number one reason for raising: to gain information.” At the end of the day, the winner is the player who prevails by playing the cards dealt through making the right decisions, consistently, which involves combining applied math and psychology. As Kenny Rogers evocatively advised in his popular country and western ballad: “You’ve got to know when to hold ’em, you’ve got to know when to fold ’em.”
Because your prospects improve with fewer opponents, raising is motivated by the consideration that “every hand performs better against fewer opponents.” Raising can discourage, even eliminate opponents with better hands. This tactic can enable the shrewd player to win, for as Ms. Duke and Mr. Vorhaus write, “Around here we have a saying, ‘the second liar doesn’t stand a chance.’“ Consequently, the primary objective of raising is to accomplish the objective of “to gain information, narrow the field, take the lead.”
Poker ultimately comes down to storytelling. To prevail in poker, “You need to find the right story to tell. Some people get ‘reservoir dogs.’ Others just get ‘reservoir puppies.’ It’s up to you to choose.” Ms. Duke further advises, “If there’s one lesson that I think you should take away from this book it’s this: have a reason for every action.”