Debutantes: When Glamour was Born 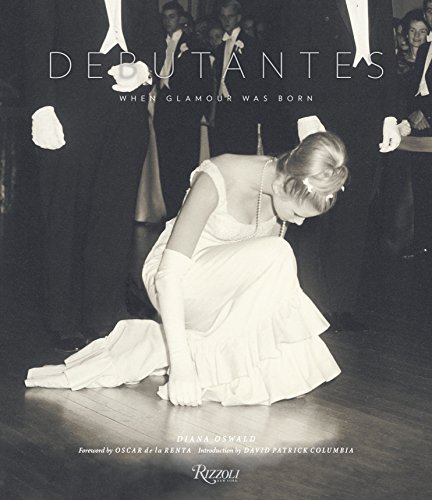 Coming out in 1911 when Consuelo Vanderbilt was presented to society is not exactly the same as coming out today.

“The tradition of the debutante is not a 20th century phenomenon in the West. It is an ancient and tribal custom, dating back further than the 14 year old Cleopatra being prepared to take the throne of Egypt . . .” Who knew?

Coming out, especially in the golden age of high society was a rite of passage and for some even an obligation toward fulfilling one’s destiny—which was to find a suitable husband and live well happily ever after.

“The objective has always been the same: matchmaking . . . the process was by presenting the young lady to ‘society’ in a decorous fashion that nonetheless was as clearly intended as if she were put upon the block and sold to the highest bidder.” Doesn’t sound so glam when put this way, does it?

Debutantes is full of beautiful photography by some of the greatest photographers of a generation such as Cecil Beaton, Toni Frissel, and Slim Aarons. The subjects are from some of America’s most iconically rich and socially elevated families such as DuPont, Lehman, Wanamaker, Lodge, Vanderbilt, and Astor, along with many we have never heard of.

There are, of course, the debutantes of note who include Jacqueline Bouvier and her sister Lee, Brenda Frazier, Barbara Hutton, Doris Duke, Gene Tierney, and the more current crop from the Lefrak family, the Coxes, and the daughters of international dignitaries including U.S. presidents.

Ms. Oswald tells us that in addition to the namesake debut event, there was an entire maze of events that lead up to the official coming out. The events might have included teas, trips to the continent, cocktail parties, and numerous “introductory parties” meant to spread the word that the debutante was now available for marriage.

A very interesting tidbit is that Consuelo Vanderbilt supposedly hit the jackpot when she was promised and betrothed to the Duke of Marlborough as she had landed royalty, a title, entrance to European Aristocracy, and great international social standing. That Consuelo was unhappy with the match was inconsequential to the overreaching, overbearing mothers who gloated over the accomplishment.

An integral part of all these events was the deb’s wardrobe. These girls and young women, whether beautiful or not so much, were wardrobed by some for the most iconic designers of the 20th century.

Designers found great exposure, not to mention the possibility of future business, when chosen by a deb for her coming out dress. Some of the designers mentioned are Ceil Chapman, Norman Norell, Hattie Carnegie, Elizabeth Arden, Oscar de la Renta, Anne Lowe, Bianchini, and many more.

Debutantes is a crash course in coming out, replete with minutiae such as appropriate age to acceptable places to known orchestras to every detail you can imagine. One of the most appealing details of this scrapbook is that the process is exposed—warts and all.

“Debutante balls in the days of yore went out about the same time John and Jacqueline Kennedy moved into the White House in 1961.”

Maybe so. But they are still occurring today, with as much aspirational fervor as in days of yore.