Debussy: A Painter in Sound 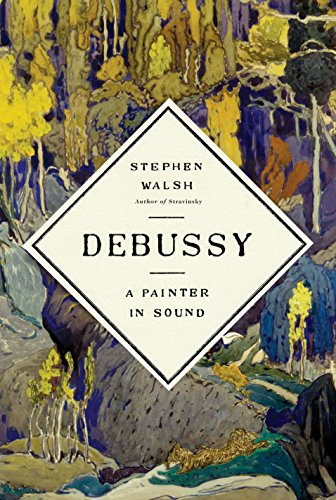 “For the music lover who wants to explore the textures and unconventional harmonies which set Debussy apart as the greatest French composer of his time.”

As a young man, Achille changed his name to Claude Debussy. This was to be emblematic of what he would do with music, turning the conventional into vibrant color, tone and timbre.

His talent was discovered when he was only 10 years old, having won a place in the Paris Conservatoire. However, he soon argued with his teachers, Ambroise Thomas, Cesar Franck, and George Bizet, showing them that their conventional music theories needed a big change. "Harmony was based on grammar-like rules of progression . . . form was that of a classical tradition handed down like the Ten Commandments from Mount Horeb."

At first, Debussy became an admirer of Richard Wagner. But in time, he turned his back on Wagner, whom he considered heavy-handed and not in the French spirit. "he managed both to love Wagner's music and to escape the more pernicious aspects of its influence, while pinching from it all sorts of isolated musical images . . . and recycling them in a way that expressed his personal idea of sensual beauty." He worked with motifs and frames which brought on a significant change in the language of music.

Nineteenth century composers worked with a set of routine procedures, and Debussy rebelled against this theory. He was the first "to formulate every detail of his music as he went along, judging sequence and continuity, structural design and balance, more or less afresh for each piece."

Debussy is known for setting French poetry to music. He was more comfortable in the company of poets, writers, and painters than with fellow musicians. Some critics call him an impressionist musician. His most famous work is “Claire de Lune.” He created evolutionary tonalities in his orchestral and piano works. "The regarding of a piece of music as an artefact—a thing of planned shape, dimensions, colour and consistency—rather than as an expression of an emotion whose end is in of itself, brings the French composer nearer than any other to the plastic artist." This describes Debussy's attitude toward his own work.

The composer was fearless in discovering new sounds of nature in his piano and orchestral pieces. He was not against the establishment. He was a revolutionary only in music. But he was unsuccessful in his personal life. Two women with whom he had a relationship, shot themselves but survived. One of them was his wife. He had a daughter, Claude-Emma Debussy, whom he called "Chouchou." He loved her and doted upon her. Tragically, she died of diphtheria one year after her father's demise, at 12 years old. He didn't know how to manage his money and had financial problems all his life.

Debussy died of colon cancer on March 25, 1918, at age 55. He had been suffering from this ailment for several years. He leaves a legacy of perfectionism, his intention to create beauty in music and the way our senses respond to it. He certainly was a painter in sound. "His music is without ideology and without doctrine. Like the world, it simply is, take it or leave it."

The author, Steven Walsh, has penned an intellectual history of the evolution and rise to greatness of this French composer. He has written a masterful work of musical analysis. ". . . it is a biography with the difference that it sets out to treat Debussy's music as the crucial expression of his intellectual life . . ." This book is for the music lover who wants to explore the textures and unconventional harmonies which set Debussy apart as the greatest French composer of his time.

The book includes bibliographical references. It would have been useful for the reader if the author had also included a list of Debussy's works.