The Debt Trap: How Student Loans Became a National Catastrophe 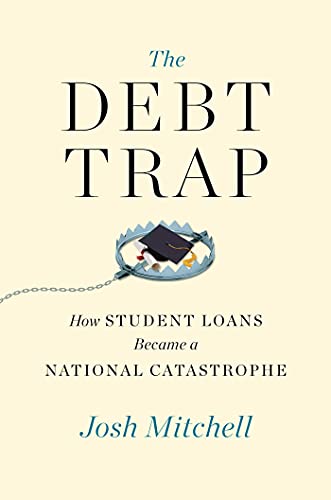 For at least a while during the 2020 presidential election campaign, one of the issues raised was that of easing the burden of millions in this country who had financed their post-secondary education through the student loan program sponsored through the auspices of the United States government. Many of those who have done so find themselves mired in debt that they cannot repay and, for that matter, without jobs, well-paying or otherwise, to facilitate its repayment.

Of course, part of the problem, beyond that of simply signing on the bottom line, is that a college education has largely become the sine qua non of the road to success in today’s modern technological society and has led many parents, as well as students, to ignore or not realize the fact that the entire loan program has not only allowed institutions of higher learning to raise tuition far beyond the rate of inflation but that the loans are guaranteed by the US taxpayer.

In effect, it has been a win-win for colleges and universities. They simply cannot lose in what has become, for students, a vicious cycle of chasing those higher tuition costs with more loans to the point where, ultimately, it will take virtually their entire lives to pay off said loans—all while preventing these debtors from purchasing a home, saving for their retirement, or even financing their children’s education in the future.

Not surprisingly, the Federal government is to blame for a lot of this, especially so when the agency established to oversee the program, Sallie Mae, realized the money-making bonanza involved whereby everyone profited from the program except those who counted the most: the students themselves and the Federal government, notwithstanding the fact that the government really has no business being involved in a profit-making business.

Admittedly, the program needs to pay for itself in order to continue providing the means for many in society to reach their educational goals. However, as with many ideas and concepts originating with the government, it was not well thought through, resulting in the proverbial “road to hell . . . paved with good intentions”.

As a possible solution for this student loan dilemma, one might consider requiring students to “repay” their loan debt through community service. There are many communities and organizations which have ongoing backlogs of maintenance, needs and other requirements which can be met through this type of volunteerism. The question then becomes who determines the rate and term through which a loan is repaid?

Different jobs have differing values and worth. Consequently, a table would have to be drawn up which matches specific jobs to a specific, and differing, rate of repayment. Needless to say, even this would probably be fraught with difficulties and disagreements.

In any event, author Josh Mitchell has not only told the history of this fiasco and how it got out of hand but also the effects it has had on many of those who allowed themselves to led by false promises, found themselves with no recourse and a crushing debt burden—all the while helping to finance the huge salaries of bankers, executives, and college presidents in a shining example of “money talks;” and the little guy pays the price permanently, evidently.

It should be noted that the author has changed the names of those referenced in the text in order to protect the innocent. Otherwise, individual stories are of many who really want to repay their loans and do the right thing yet find themselves unable to do so. In one case, a woman tried to discharge her debt on hardship grounds due to being diagnosed with cancer even as her daughter was taking out student loans despite her mother’s own object lesson in such debt.

As a journalist working in Washington, D.C., Mitchell is well placed to undertake uncovering the ugly truth behind this story as evidenced by the research done to get to the bottom of how this well-intentioned program, first proposed in the late 1950s as the space and technological races were heating up, got so completely out of control and has become the self-described “national catastrophe.”

Like many stories, this one certainly and obviously comes with its own caveat: Know what you’re getting into before signing on the proverbial dotted line as you may not like what’s on the horizon.