Death of a Witch (Hamish Macbeth Mysteries, No. 25) 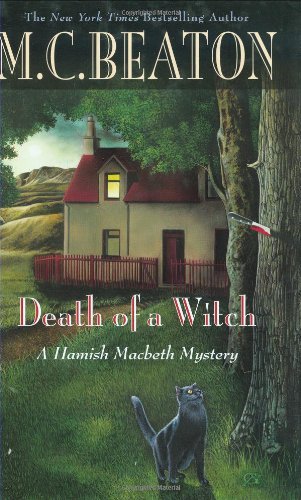 With a single, broad stroke of her writer’s brush, dipped in a rich, multicolored palette, Paula Marantz Cohen captures Victorian London of the 1880s. She executes this novel with such exceptional finesse that even the author Henry James would be envious.

Author Cohen provides a rare glimpse into the foppish world of upper-middle class London populated with the likes of Oscar Wilde, Edmund Gosse, George du Maurier, John Singer Sargent, and yes, Henry James, who just happens to be one of the protagonists. The frivolity of the literary classes and their splendid dinner parties is finely contrasted with the slums of Whitechapel, the scene of a grisly series of murders credited to none other than the infamous Jack the Ripper.

William James, the Harvard psychologist, is called upon to help solve the murders taking place in London. Once in London, he joins his brother, Henry, and his invalid sister, Alice. The three, along with Inspector Abberline of Scotland Yard, team up to unravel the mystery.

Cohen creates living characters in her renditions of Henry, William, and bedridden Alice James. Their interplay is a masterpiece of psychological, social, and philosophical revelations that become the foci of the novel. Remove the murders and one is left with an exceptional treatise about Society and its self-absorbed players.

Cohen’s tendency to overwrite certain details is a forgivable flaw. For example, early on, the three Jameses examine letters supposedly written by the perpetrator of the murders. The letters are printed within the story, consequently slowing down potential repartee between the three James siblings. In another chapter, William James spends a good deal of time musing to himself. Yet to eliminate scenes like these would inevitably change the pace of carefully planted clues for Alice to explain. And one has to wonder about the significance of the debate between Mark Twain and Henry James. Is its design to contrast two cultures? Like the occasional, unnecessary detail, it too is forgivable.

Cohen piques the curious mind at the beginning, slows to a philosophical discourse, and surprises with a carefully woven, good old fashioned whodunnit.