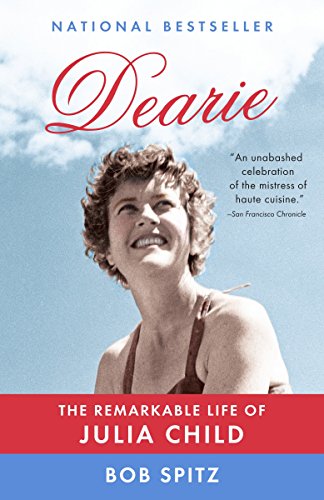 Without a doubt Julia Child was one of the most popular and influential personalities in America during the second half of the 20th century. She came along at a time when American women (nearly all of them homemakers) were stuck in a rut of food preparation dominated by recipes churned out by corporations eager to sell more product to housewives with nothing but time on their hands.

By the early 1960s American food corporations had successfully marketed so many dumbed-down versions of what passed for cooking that most women didn’t know what real cooking was. They had bought into the advertisers’ message: Convenience meant freedom from kitchen drudgery, granting the modern housewife more time to pursue creative activities.

The problem was, of course, there were no creative outlets available to pursue.

As a result, cooking had been reduced to opening a can of condensed soup, pouring it over chicken, beef, or pork chops, and serving it with instant rice or potatoes and a side of pre-cooked frozen vegetables reheated in a pot of boiling water.

American home cooking reached its nadir in 1960 (the year before Mastering the Art of French Cooking was published) when Peg Bracken wrote her bestselling I Hate to Cook Book, which went on to sell three million copies.

Bracken’s I Hate to Cook Book was a wisecracking cookbook including recipes like Celery Fish Sticks made with frozen fish sticks and condensed cream of celery soup (with ingredients like that, no wonder she hated to cook).

Enter Julia Child. Her cookbook, Mastering the Art of French Cooking, not only ushered in a new way of cooking in American, it set a new standard for the way cookbooks are written.

On August 15, 2012, we will be marking the centennial of Julia Child’s birth, and happily for her fans, Julia will be front and center again. (We’ve missed you, Julia! It’s been three long years since Meryl Streep lit up the screen with her brilliant portrayal of you in Nora Ephron’s 2009 film, Julie and Julia.)

Fortunately, in addition to what will undoubtedly be a steady stream of public celebrations and highlights of Julia Child’s greatest TV moments, we will have something new to feast on as well. Knopf, Julia Child’s longtime publisher, is releasing Dearie: The Remarkable Life of Julia Child by Bob Spitz who is as big a fan of Julia Child as any of us—exactly the kind of author we would want to write her biography.

In Dearie, Bob Spitz does an impressive job of filling in the cracks in our seemingly insatiable hunger to know more about Julia Child.

Going well beyond Julia Child’s own memoir that she wrote with her nephew Alex Prud’homme about her marriage, her years in France and her cooking career, Mr. Spitz takes us through Julia’s life from birth to final breath with nearly the same attention to detail and exhaustive research as Julia Child herself employed while writing her magnum opus, Mastering the Art of French Cooking.

When you read a biography about someone you truly admire there is always the risk that you might discover something about the subject that forces you to rethink your idealized version of her. You also want to be thoroughly entertained by it.

Happily, there is nothing in Dearie that will tarnish Julia Child’s image. She is every inch the gal pal we imagined her to be.

What you saw was what you got, both on and off screen. She was hard working, fair, fearless, generous, fun loving, a bit of a prankster, and had loads and loads of energy. She also loved martinis and the company of men. There was nothing fake about her (except for maybe the facelift she got in France before returning to do a new TV series in 1977).

As far as entertaining though, Dearie occasionally feels plodding and repetitive—How many different ways can you really describe all the research and recipe testing that went into completing Mastering or any of her other cookbooks (not to mention TV series’)?

Still, what emerges in this very long biography is the story of a late bloomer whose early years give absolutely no hint of the phenomenon she would later become.

Julia Child grew up in a very privileged, politically conservative family in Pasadena, California, with a mother and father who both came from wealth. Back then, Julia was anything but serious and was better known for her pranks than scholarship.

At Smith College she distinguished herself as the go-to gal for knowing how to score some liquor during Prohibition. In her early working life she was fired by W. & J. Sloane (a home furnishings company) for failing to make changes to ad copy that she deemed too insignificant to bother with. Moreover her interest in food was absolutely zero—to her at that time in her life, food was just fuel to keep her six-foot three-inch frame going.

What is remarkable about her life is that when Mastering the Art of French Cooking was first published, Julia Child was nearly 50. From there she went on to have a wildly successful career that spanned nearly 40 years.

Her story serves as a wonderful reminder to all of us that it is never too late to reinvent yourself.

It is equally remarkable that she managed to stay on top for so long, especially for a woman of her advanced years. When culinary rivalries began to emerge, Mr. Spitz writes,

“She saw a different role for herself, not scrapping with colleagues for notice and stature, but as an authority, the cooking authority, someone who was doing this for the greater good rather than for fame or wealth. She kept her eye on her public, letting them see that she was serious about food, but also about herself. Trust became an issue: For her audience to maintain their trust in her, as a teacher and entertainer but also a public figure, she couldn’t push an agenda, she couldn’t profit from endorsements, she couldn’t pick fights. Her authenticity depended on it. Not only would she win the respect of the public, but the respect of the food community as well.”

Julia Child had an uncanny sense of branding, and she never got off message with the public.

Yet her story would have never been told were it not for her relationships with three pivotal people in her life: her husband, Paul, whose job in Paris led to her interest in French cooking and who gave her constant emotional support; her cooking collaborator and co-author, Simone Beck Fischbacher (a.k.a. Simca) whose family recipes form the basis for Mastering; and her longtime pen pal and beloved friend, Avis DeVoto who shopped the Mastering manuscript to the publishing houses including Knopf, who ultimately bought it.

These were the set-up people to Julia’s success. Without any one of these three people, Julia Child would not have bubbled to the top.

Somehow these relationships get either diluted or pushed to the background by all the details that are crammed into Dearie’s 576 pages—and it is a shortcoming of the book.

Although Paul gets the most attention, he doesn’t always come off well (apparently people other than Julia found him a bit prickly to be around). Simca doesn’t fair much better and poor Avis is relegated to the status of honorable mention.

Nevertheless, Mr. Spitz covers a lot of territory and offers some fascinating details about the early days of TV and the emerging food world before we became inundated with celebrity chefs, reality cooking shows, and food bloggers galore.

Within that world, Julia Child was the real deal. And while Dearie may not always live up to the greatness of the woman herself, it certainly reinforces why we loved her so.