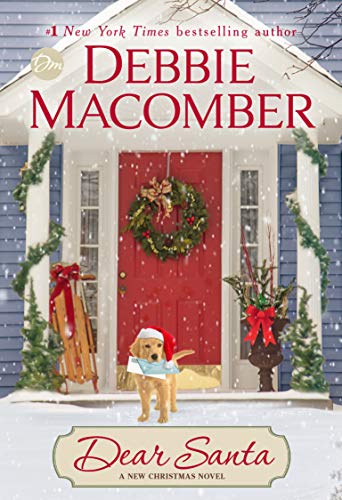 Web-design expert Lindy Carmichael is trying hard to prove herself with a project assigned at her company Media Blast. This job was tailor-made for her, though she is uncomfortable around her colleagues because a younger coworker believes she should have gotten the position.

Lindy heads from her apartment in Seattle to her childhood home in Wenatchee, Washington, for a two-week vacation. She cannot wait to be welcomed with open arms by her family. Wearing her heart on her sleeve, she doesn't want to ruin the Christmas holidays by sharing her sorrows of the past months. She caught the guy she was dating and hoped to build a future with cheating on her and with Celeste, her best friend, no less. Lindy doesn't know what hurts more—his betrayal or Celeste's. They've been close since college, but now the relationship is irreparably damaged. Lindy realizes when her mom sees her, she'll realize she's upset, and she wants to settle in before disclosing her heartache.

"Sitting across from her, Lindy smiled at her mother. This was what she'd held in her mind for the last several months while she weathered the storms life had tossed at her. Home and Christmas. This was the perfect combination to help her out of this deep emotional slump.

"Her position at Media Blast was on the tip of the proverbial iceberg. Not wanting her mother to fret, Lindy had kept the majority of her various troubles since summer to herself. Nor was she looking to share them the minute she arrived home. Maybe in a few days, after she'd soaked in the serenity of being home, she would feel inclined to explain."

A short time later, at lunch, Ellen confronts her, stating she senses something is wrong, so Lindy confirms it by giving her the details of her life since the summer.

Sobbing, she says she's a loser, having lost her boyfriend and best friend, while also talking about her concerns with her job. Sad for her daughter, Ellen leaves only to return with a shoebox containing letters Lindy wrote to Santa when she was a child.

Lindy wonders what these can do to assuage her broken heart, but Ellen insists she read them. The first letter she had written at age five said:

Ellen raised Lindy as a single mom and was always busy working to support them. Lindy wanted to have a "regular family" like her friends, so she wrote this. Surprising both Lindy and Ellen, the doorbell rang that Christmas Eve. It was the UPS delivery guy, and Ellen was surprised to see he was an old high school friend. Because he was single, he offered to make deliveries so his colleagues could be with their families. Ellen invited him to dinner, and before long, they became a couple, got married, and he adopted Lindy—an answer to her letter.

Lindy continued to pen letters to Santa—the following year asking for a sister, but when Chad arrives, she is overjoyed.

This is what she wrote at age seven:

Dear Santa,
I'm glad I got a brother instead of a sister. Chad is cute when he isn't crying. I like my Rollerblades, too. I go out every day when it doesn't rain. I want a Magic Marker pen set and a fashion Barbie this year. Oh, and you should give Billy Kincade coal. He's mean. He pulls my hair at school and chases me at recess.
Lindy

That Christmas, Lindy received the gifts she asked for and found out Billy Kincade had moved away.

Her mother's point? She suggests Lindy write to Santa. Laughing, Lindy says she's too old to believe in Santa, to which Ellen replies, "The word you need to seriously consider is believe."

Lindy thinks this suggestion is silly, but what does she have to lose? No one will see it, and she will not give it to one of the Santa's around town. But maybe it will help to pour out her heart and purge all the negative feelings she's withholding.

Being home with her parents is the balm Lindy needs. When she runs into Peggy, an old friend from grammar school, learning she lives in town, she is excited to reconnect. They pick up as if they've never been apart, and they meet at the Wine Press, a relatively new restaurant. Imagine Lindy's surprise when she learns out the owner is none other than Billy Kincade, though now he goes by Will.

Tongue-tied upon seeing him, Lindy notices he has grown up to be handsome and charming. They talk a while, and she discloses how she didn't like him as a child, feeling guilty writing about him, only to learn he moved away soon after Christmas. He confided he had a crush on her, and they were kids. What else could he do to get her attention?

Lindy spends her vacation with Peggy and friends, and Billy—which she still calls him—invites her to the restaurant for dinner. While there, he mentions his problems getting a website designed to target a more extensive clientele. As that's right up her alley, Lindy offers to help him and devises a top-notch site. She refuses payment for her work, so Billy insists on taking her out.

This Christmas novel is all about faith, love of family, and new beginnings. In true Debbie Macomber style, Christmas Santa is a quick and fun tale offering surprises and blessings and an all-around feel-good read.