Dear Elio: A Marvelous Journey into the World of Fiorucci 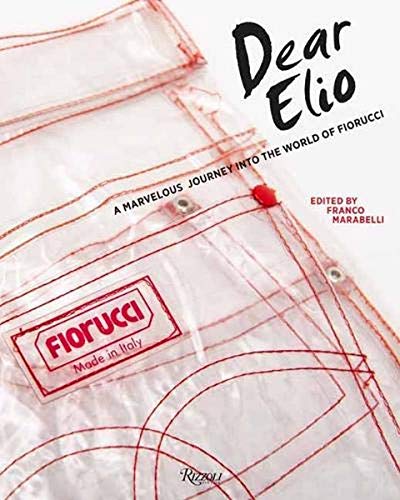 Aahh . . . the halcyon days of the ’70s when New York City and the world was planet disco. What makes the time frame almost impossible to recreate is not only the physical past but the mindset and the inhabitants who frequented Fiorucci by day and Studio 54 by night.

Dear Elio is a paean, a love letter and an ode to the store, its founder, and the insanity that ensued once you passed through those doors. Shopping was almost a performance art, especially at Fiorucci, whether you were selling, browsing or buying. That decade was also a time of rapacious and almost addictive consumerism fed by a generation that dressed for every occasion whether daytime or evening and Fiorucci was the place to be seen. There was no such thing as too outrageous—day or night!

Elio Fiorucci was, with no exaggeration, a retail visionary; he was at the right “place” at the right time. There wasn’t a category of merchandise that the store didn’t offer: clothes, stationery, makeup, shoes, sunglasses, stickers, wigs, ashtrays—the list is positively endless.

He even rented space to designers where they could peddle their wares. Then there were the live windows (living people acting as mannequins or even dancing in the windows) which created a spectacle unlike any other store in the world. It was a retail fashion souk! He tapped into the zeitgeist of the times and he milked it dry to the delight of millions of willing and delighted customers. In many ways it was also an aspirational shop for those too young to partake in its delights.

His story is told by so many of those who worked for him and with him whether in the USA or in Italy and there is nothing retold that doesn’t bring a smile to one’s face as this was not cutthroat retailing as we know it today. Dear Elio is a chronicle and a biography of a true merchant prince. It is also a primer and manual for retailing, whether staffing, merchandising, buying, or displaying.