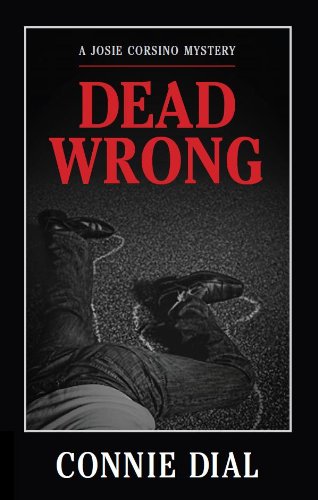 “Connie Dial perfectly captures the highs and lows, the best and worst of what it’s like to be a cop. Well done.”

Dead Wrong is a well-written mystery/police procedural  readers will have difficulty putting down.

The book’s protagonist, Captain Josie Corsino, is a hard-nosed cop on the LAPD more comfortable working scumbag informants than she is in her role as a uniformed command supervisor.

Author Connie Dial, herself a seasoned L.A. police officer who rose through the ranks of the department to command officer, uses her 27 years of experience to make Josie unmistakably credible. My guess is there are many parallels between the two.

In this second novel featuring Josie Corsino we find her fighting her way out of a hornet’s nest of police corruption that has fallen squarely on her head. The stings come from her supervising sergeant, Kyle Richards, whom she personally picked to head a burglary task force in Hollywood Division.

After months of investigation, the group comes up empty handed, but Richards gets involved in a fatal shooting involving another cop. Although the shooting appears to be justifiable, Richards is less than forthcoming with complete details.

As a result, the sergeant of the shooting, Richards is reassigned to administrative duties in the captain’s office. And while Corsino trusts Richards, his reluctance to share all of the details about the incident causes her to question his actions and motives. The subsequent murder of a high-profile attorney, gives Corsino second thoughts about her loyalty toward Sgt. Richards. Sadly, she even considers that Richards is a possible suspect in the attorney’s murder.

As the brash, brutally honest, and unconventional captain tries to find all the answers to clear Richards in the shooting, the reader is introduced to several other interesting characters on both sides of the law. Josie’s sidekick, Lt. Marge Bailey, is marvelously fleshed out as a character. She knows her friend and superior officer well enough to tell her when she’s off base. But Bailey also knows when to shut her mouth, making for many great moments and exchanges between this enjoyable duo.

A parallel story finds Josie having problems on the home front—not surprising since she spends most of her time either at work or at the bar with her colleagues. In a nice twist at the end of the book, the reader is not sure whether Josie and her husband will survive as a couple. Unpredictable.

Dead Wrong gets everything right—the lingo, tactics, venues, cops, and bad guys—they’re all spot on. Connie Dial perfectly captures the highs and lows, the best and worst of what it’s like to be a cop. Well done.