Daughters of the Revolution 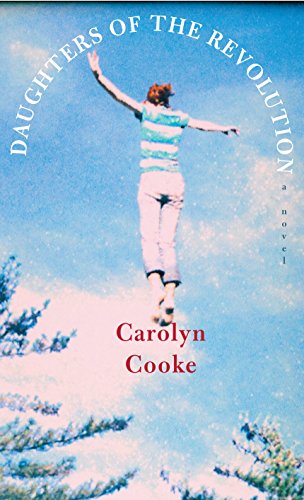 “Through comedy, Ms. Cooke deftly illustrates how, as Bob Dylan wrote, ‘The times they are a changin’.’”

God, Faust, Heck, EV, Pilgrim, and the Goode School—all names included in Carolyn Cooke’s sharp, engaging, satiric novel, Daughters of the Revolution—suggest that the book is about religious matters, which it is, but in a quirky, quotation-marks sort of way, with its comic and critical portrayal of a traditional New England prep school mixed in with the forces of God (the Headmaster), and patriarchy versus the forces of change.

The novel, organized more or less chronologically from 1963 to 2005, follows the goings on of the Goode School, located in the town of Cape Wilde, MA, its Headmaster, Goddard Byrd (God), some of its former and current students and the community.

In 1969, the all-male Goode School accidentally admits its first female (and, as it happens, African American) student, Carole Faust, forcing the school to grant entrance to more female students the following year, despite God’s threat of coeducation “Over my dead body.” Daughters of the Revolution satirizes the very white, patriarchal, misogynistic God and examines the impact of the sexual revolution on men and women, as well as changing views of racism and classism in late 20th century America.

Ms. Cooke’s crisp, clever prose and deadpan humor make her writing a delight to read. From the opening line of the novel, “Heck Hellman, walking home from gross anatomy and his basement cadaver, felt buoyed by the sleazy promise of spring,” to the very last page, author Cooke constructs perfectly crafted sentences and wry commentary. She describes God: “He has been something of a radical himself, the first Head to find promising colored boys in Roxbury, take them to the Goode School, wake them up and arm them against poverty, drugs and crime with Thomas Hardy and Shakespeare. Integration was his cause, his triumph!”

Ms. Cooke’s narrator thus subtly takes on God’s inflated and outdated views of himself, showing him for what he is without directly criticizing him. She also employs hyperbolic similes or comparisons to illustrate the exaggerated importance to God of the Goode School’s travails. In describing the danger of allowing girls to enroll at Goode, she writes: “Times were changing. Goode was like the besieged South Vietnamese city of Ben Tre: It had become necessary to destroy the school in order to save it.”

Not only does Daughters of the Revolution entertain with comical stories of God’s old-fashioned notions and ways, his womanizing, his hypocrisy, but it also examines the issues of class, race, and feminism in the latter part of the 20th century. In her college application essay, Carole Faust, that first female admitted to the Goode School and the child of a single working mother, writes of her experience at Goode: “What I remember is boys everywhere, like big white mice. I remember white men talking, talking, talking. No one asked about my experiences as a human being. The Goode School was like a huge white skin that covered everyone—that covered me. My whole consciousness was black and poor and female every second of every day. The experience damaged, sharpened and defined me, and I would not trade it for anything.”

Using Carole’s words, Ms. Cooke illustrates some of the conflicts that arise when radical change occurs; but she never browbeats her reader. Instead, she uses clever, ironic commentary, humor, and her characters’ own words and actions to illustrate what the 1960s have wrought.

Perhaps, the effects of revolutions may be the central concern of Daughters of the Revolution. While Carole and EV, the daughters of the revolution, survive and grow up, they don’t emerge scar-free, nor are they (EV) necessarily going to be movers and shakers. Through comedy, Ms. Cooke deftly illustrates how, as Bob Dylan wrote, “The times they are a changin’.”