The Darkness of Others 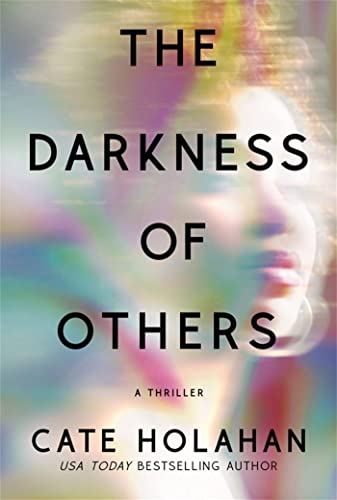 “Fans of tense, psychological dramas will not be disappointed.”

Holahan grounds her latest domestic thriller The Darkness of Others in the unsettling times of the pandemic. Entwined with the mystery of a recent homicide, characters struggle with mask regulations, impending financial ruin, and fears about opening their inner circles to anyone outside family.

That would be hard enough without a murder, which throws several lives into chaos.

Wealthy film director Nate Walker is shot dead in his home. Melissa, his wife, goes missing, leaving behind no evidence to prove if she’s her husband’s executioner or another victim. Melissa’s best friend Imani commits to finding and exonerating her friend.

Multiple point of view characters introduce different aspects of the plot. Chapter two opens in Melissa’s point of view, building tension not on whether she’s also dead, but whether she will be saved in time.

The other important cast members include Philip, Imani’s professional chef husband—and a man in dire financial straits; Oksana, a maid who hopes to profit from her employer’s misfortune; Rick, half of a questionable team—Rick was “the fixer” and Frank was “the animal”; and Tonya, a waitress from Philip’s failing restaurant who can’t quite make ends meet and has a complicated backstory of her own.

Set in New York as the weather turns cold, the environment plays an integral role alongside the pandemic. “City health regulations prevented the restaurant’s bubble tents from building up such warmth.” Waitress Tonya suffers as she carries plates out to the few patrons brave enough to face a hastily constructed igloo on the street where “diners were lucky if the ‘indoor’ temperature remained above freezing.”

Not surprisingly, the clientele continues to dwindle, placing the already pared down workforce in a precarious position. Tonya soon loses her job and turns to her prickly boss Philip for help.

Events spiral out of control from there. Tonya arrives at Philip’s house to rent a room. Imani discovers the depth of her husband’s ailing financial situation with the new tenant’s unexpected appearance, and Melissa remains missing.

If any character is central, it’s Imani, whose actions focus more on the crime and the missing Melissa than the others. She’s introduced during a session with a particularly unpleasant couple, proving her ability to handle a crisis. “Had it not been for the pandemic, she might not have accepted Mr. and Mrs. Halstead’s business. The couple didn’t want to fix their marriage. Not really. They wanted to rage about who hadn’t done the dishes or helped with homework.”

Imani continues to believe in her friend, even when the public and the police do not. “No one in law enforcement had been quoted expressing concern for Melissa’s safety.”

Imani adds one more complication to her already full plate and difficult marital life by taking in Melissa and Nate’s daughter Ava.

With a complex web of characters and well-placed twists, The Darkness of Others is as much a psychological investigation of the impact of lockdown as a domestic thriller. Holahan provides well-developed characters experiencing timely life events likely to resonate with readers. Moving back and forth between those characters often feels as fractured as the early times of the pandemic itself, when everything was in flux, and no one could get a handle on what daily life would become.

Landing somewhere between suspense and thriller, The Darkness of Others is a novel for our mid/post pandemic times, far enough removed from the initial panic to be less painful than it would have been a year ago, but recent enough to manifest the gut-wrenching anxiety of a world that no longer makes sense.

Fans of tense, psychological dramas will not be disappointed.