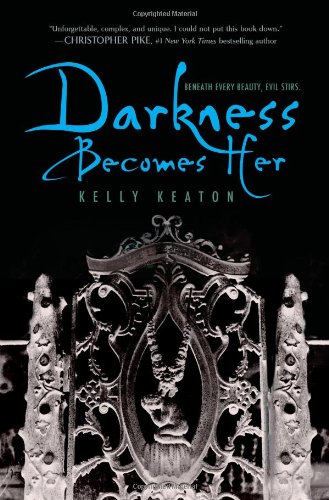 Ari Selkirk has always stood out with her long, silvery white hair and strange teal eyes; it’s difficult not to notice her. Growing up in the foster system made Ari tough and untrusting, due to all the abuse and neglect she endured at the hands of her foster families—at least until she met Casey and Bruce.

Casey and Bruce are bounty hunters and teach Ari how to defend herself, making her a part of the family business. A few months before her 18th birthday, Ari set off to the psychiatric hospital where her mother spent her final days to find out whatever she could about the mother she lost too soon, the father she never knew and who—or what—she really is.

Learning only of her mother’s snake infested delusions, Ari’s thirst for knowledge is left unquenched. Armed with only a small box of her mother’s effects, Ari is shocked to find a letter addressed to her from her mother with one emphatic missive—Run!

From the letter Ari learns she is cursed, as were the other women in her family before her. Ari decides the answers could only be found in the place where everything started—New Orleans. Slowly recovering from the devastating hurricanes, the city is now known as New 2; and has become a haven for the strange and unexplainable—like Ari.

It soon becomes evident that the fighting skills taught by Casey and Bruce would come in very handy for her trip. No sooner does Ari leave the hotel when she is attacked by a very large, Viking-like man wielding a dagger. Managing to best her assailant, stabbing him with his own knife, Ari is astonished as he disappears into a wisp of smoke. Now even more confused, Ari realizes her quest for answers will not only be difficult, but incredibly dangerous as well.

Shell-shocked by her ordeal, Ari hitches a ride to New 2 with a 13-year-old mail delivery girl named Crank. Crank offers Ari a place to stay with her and her four housemates; who, with their varying degree of abilities, help Ari on her quest for answers. But, it’s the dark and mysterious Sebastian who may be the key to unlocking Ari’s secret—and perhaps her heart as well.

In her debut novel, Kelly Keaton proves she can hit the ground running. Although Keaton does a great job showcasing her strong voice and writing style, her pacing is off and the story line often feels rushed. As a result, there is no history to build on and other scenes come off as a bit contrived and opportunistic.
Despite a few pitfalls, Darkness Becomes Her is very entertaining with plenty of potential that is heightened by the creative combination of Greek Mythology and modern paranormal fiction.

Hopefully the author has taken all the giant leaps she needs to set the stage for the sequel, which will allow things to settle down and not rely so much on suspension of disbelief. Darkness Becomes Her contains all the required elements for an engaging paranormal series, along with a few refreshing little twists that result in a great first effort for Kelly Keaton.