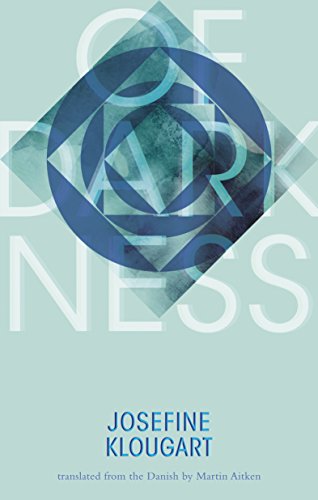 A fragmentary meditation on death and decay, Of Darkness by Josefine Klougart stretches the concept of fictional narrative to its very limits. She redefines the novel in the process. Set firmly in the tradition of the experimental novel, Klougart uses a variety of forms to investigate the dissolution of form itself. Images come and go. Storylines appear and disappear. Loved ones die. Marriages split. Seasons change, and cells die from sickness and disease. What better way to examine the concept of decay than to watch narrative rot, to see the inherent fragility of storytelling?

In much the same way New Wave cinema explored the filmmaking process, Of Darkness exposes the nature of fictional narrative. Genre fiction relies on well-known tropes, character arcs, and linear narratives. (Exceptions exist, but this gross oversimplification is meant to illustrate a point.) Experimental fiction, from Laurence Sterne to James Joyce and beyond, have been about what fiction is. What is fiction? What does it do? And how does a novelist do fiction?

Of Darkness explodes the concept of narrative by using a variety of raw materials: prose, poetry, essay, and drama. While including a mishmash of forms is not new— Herman Melville’s Moby-Dick (1851) has a stage-play in the middle of the novel— Klougart uses these narrative elements in service of decay and death. Cinematic parallels would be the first five minutes of Ingmar Bergman’s 1966 film Persona and David Lynch’s 2006 film Inland Empire. At first blush, these appear as nonsense. Pretentious noodlings and other cheap insults. What Klougart’s novel does is challenge narrative assumptions. How do these fragments fit together? Why does the author use prose, poetry, essay, and drama to tell the story?

“What do we do with which is without direction?” an unnamed narrator asks at the beginning of the novel. Later, in four lines, is described a hallucinatory rush of images:

“She is tormented by the feeling of everything erasing itself.

The water, when almost gone from the tub.

Unfortunately, the nature of the book review sets this excerpt in a vacuum. On its own, this is a challenging set of four lines, the images random and disconnected. Set within the novel, connections and impressions form. Multiple narratives emerge, albeit abstract and fragmentary. This is less like a forward-moving story on a predetermined railroad track than a collage that constantly shifts in and out of focus.

These narratives include a marriage falling apart, a loved one dying, and seasons changing. When actual people and places are mentioned, it feels jarring. “Everything ices up, and they’re skating on the lakes. You not liking Berlin. / We travel to Boston together. / The cities we leave destroy us slightly. We’ve left a part of us in every place we’ve been.”

Of Darkness is a tour de force in creative destruction. But from these disparate shards emerge a story about human resilience in the face of disease and death. It challenges the perception about what a novel is and what a novel should do. If it includes poetry, essays, and dramatic sections, is it still a novel? One definition of novel is a story written in prose with recognizable characters. Another definition of novel means new, noteworthy, and unique. Josefine Klougart has offered an example of a new form about, ironically, the dissolution of form due to decay and decomposition.