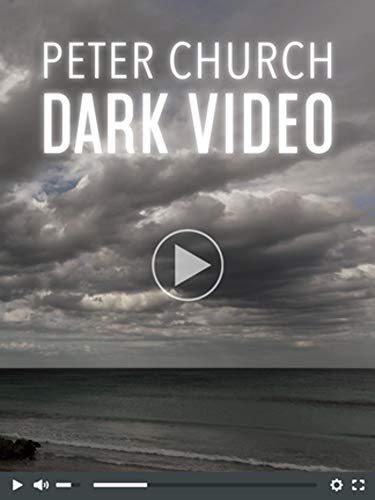 “If a victim doesn’t know what has been done to them, how awful is the crime?”

Four college students set out to make money selling violent videos on the dark web. Starting with an attack on a young woman jogging alone in the early morning, their projects turn into progressively more brutal scenarios.

Church paces his novel fast enough to keep readers turning pages, asking us to slide down the same slippery slope as his characters. Even as the crimes worsen, we are unable to turn away. Voyeurs to the assaults on the fictional characters, what would it take for us to cross a line and want to see the real thing?

Disturbing treatment of women, and their complicity in later events, makes the message of the novel unclear. While one of the four men, Alistair Morgan, feels a modicum of guilt over his participation it’s not enough to make him stop working with the others or from pursuing a relationship with the victim of their first attack.

“Driving back from Arniston, his sister’s words echoing in his ears, he’d phoned her again: ‘Terri, I need to see you. It’s important.’ When she agrees to meet him, he hands her a single rose and says, “I want you to know that I can’t stop thinking about what happened to you.’”

Terri doesn't know the role Alistair played in her “attack” or that he, along with his cohorts, sold the video of her on the dark web for strangers to watch over and over all around the globe.

So what does it mean that he wants to help her feel better? Is he doing the right thing? Or is he assaulting her again and again, without her even knowing it?

Church recognizes the ability of today’s technology to turn everything into a public presentation. The personal is no longer sacrosanct when everyone carries a camera.

“A boy on the grassy slope aimed his cellphone at Red And White Bikini. Alistair chuckled. The whole world was paparazzi now.”

The woman, not deserving of a name, just a description of her clothing, becomes fodder for adolescent fantasy, permanently captured on the screen for the boy to use anytime he wants, without her permission.

Feuding among the “filmmakers” soon creates other kinds of problems.

Devon, the leader of the foursome, struggles to keep the other three in line. Johnny, the most unruly of the bunch, threatens to rock the boat by contacting the dangerous man in charge of Dark Video, the website they sell their films to, with material of his own.

Determined to make his own way in the industry, Johnny drugs his girlfriend and films a rape video, proving the lines the men promised not to cross, could vanish if enough money exchanged hands.

The last of the group, Richard, primarily serves as the IT expert, content to earn his paycheck and follow the lead of the other men—just like any other man who sees a woman attacked by a mob and chooses to do nothing.

The story progresses with Dark Video requesting more violent material and the foursome fighting over how far they are willing to go. Alistair continues to build a relationship with Terri, their first victim, and men who use Dark Video’s services begin to turn up dead.

Church does a reasonable job of creating unexpected plot points, though readers may anticipate much of the climax before it is reached. The moral of the story is as murky as the shark-infested waters off the coast of South Africa, the country where most of the story takes place.

It may be just as a minor character explains to Alistair, “The problem with sin is, at its genesis, you don’t recognize it as sin. It’s disguised as fun. Sin and fun. You can’t tell them apart.”

That character goes on to explain that sin continues to grow, until it “spills down the corridor, down the steps, sticking to everything.”

Alistair soon finds himself stuck in the sin of his own creation, which is where the murkiness of the moral comes in.

If there is no reckoning down the road, only a paycheck and crimes, which continue to be perpetrated without the knowledge of the victims, what exactly is the sin? If a victim doesn’t know what has been done to them, how awful is the crime?

Or perhaps our society is destined to fulfill the justification Johnny makes for his choice to film violence and death. “Real people die every day, thousands of them. It’s the way of the world, so what? What does it matter if you watch it?”

We send young people to war without them every leaving a quiet bunker underground. ““It’s just pixels on a screen, the guy dies.’ Johnny says. ‘How’s it different to a movie?’”

Church may not provide an answer, but he does explore the world in which it can happen, bringing his readers along for the ride.