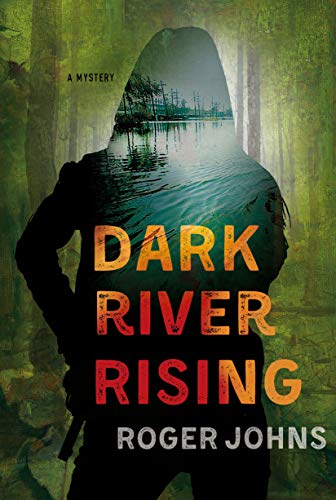 Policewoman Wallace Hartman has a new case, and it catches attention from the start. A drug dealer has been murdered in a most gruesome way.

“Ronnie Overman, a big player, main coke distributor for a Mexican cartel for the whole southern half of Louisiana. She had grown almost numb to the endless parade of inventive atrocities but this one was in a class all by itself.”

When Federal Agent Mason Cunningham arrives in Baton Rouge, he brings with him more bad news. He thinks Ronnie Overman’s death is the beginning of a drug turf war, a fact discovered by Don Brindl, an FBI analyst.

“A cross-match of a person of high interest to the DEA is also the subject of a local investigation, a cartel-level player. More dealers are getting popped because there are more dealers on the streets, and it’s happening in new parts of town.”

Mason becomes Wallace’s unofficial partner on the case. Eventually, because of his less-than-stereotypical federal agent demeanor, an attraction grows between the two. “The moment was heavy with possibilities and she could see him struggling.  Maybe trying to think of something clever to say that would close the remaining space between them—and wrestling with whether to say it. There was something irresistible about a man who embarrassed so easily.”

When a scientist goes missing from a government lab and his house is burned to the ground, his girlfriend insists the police aren’t trying to find him. “‘I know what they’re thinking. That I won’t face the fact he’s gone off with someone.  For Pete’s sake, his house burned down and his lab is full of stuff nobody even knows what it is.’”

Mason and Wallace eventually find a tie between the two events and the case gets more complicated. Is there a turf war? How is missing chemist Matt Gable involved? Then his girlfriend disappears.

With Don Brindl’s further assistance, Mason gets information on all involved parties. The killer seems to be ahead of them, however, as if he’s aware of every move they make. Somehow, he has ties to Mason, and that fact puts not only Mason and Wallace in danger, but also those they hold dear.

Dark River Rising is a taut thriller, with two strong lead characters who’ll hold the reader’s interest. Contrasting FBI procedures with those of the Baton Rouge police, it delves into the history of the drug cartels in the South and of one kingpin’s apparent attempts to take over the entire operation.

Told from Wallace’s point of view, the narrative is delivered with a straightforward intensity that hold until the last chapter. At that point, there seems to be a hurried wrap-up. The fate of one victim is explained in a few sentences, almost as if in afterthought. The budding romantic interest between Mason and Wallace is never fully explored, other than to give a nod to its existence with a single matter-of-fact and undetailed love scene, and its future is left in the air, perhaps to many readers’ disappointment. Indeed, the entire last chapter merely suggests what may come for all the characters, instead of giving definite answers.

Might that be a hint that this novel is the first of a series?

All in all, Dark River Rising is a dark police procedural, a debut novel frightening in its depiction of a possible drug lord takeover of an entire region, with the relationship between its two leading characters making a more lighthearted contrast.