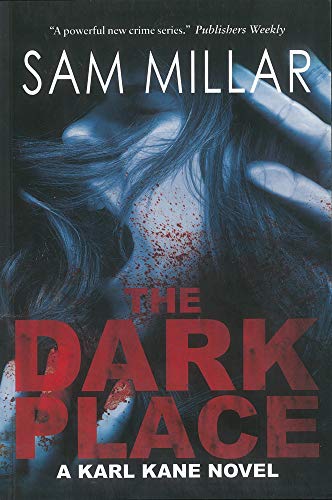 Sam Millar could be labelled Northern Ireland’s answer to Edward Bunker. But it may be a disservice to Millar and his craft to describe him as a man who writes what he knows intimately—has lived “the life.” Certainly, in the case of The Dark Place (Millar’s second Karl Kane novel), there is very little that could be gleaned from time spent in Long Kesh or even an American prison. There are humorous references within The Dark Place describing it as “the Belfast version” of Silence of the Lambs and even night-vision goggles play a part in the tale. But this is no cheap spoof. It’s a brutal and ugly tale. Merciless in its nihilism. Exploring loss and misery is what Sam Millar does best in his maturing Karl Kane series. Karl Kane is a Belfast private investigator and a martyr to his hemorrhoids. He has a knack for saying the wrong thing at the worst time. The bookies love to see him. Kane’s tendency to operate outside the law means he’s not a hot favorite with the cops—kind of a PI prototype circa 1950. Apart from the arse scratching, that is. Plot-wise, homeless, drug-addicted young girls are disappearing off the Belfast Streets. Karl Kane takes a slightly unwilling interest in the case. Homeless people are practically invisible in Millar’s Belfast, so not much of a fuss is made when bodies start to show up. But with the slight chance of some cash and pressure from debtors always on his mind, Kane tries to engage with the homeless. His less than subtle methods lead him to . . . If you’re still interested, read The Dark Place. Millar tells this one better than any reviewer. As with previous Sam Millar work, The Dark Place disturbs. Millar has a way about him; like he’s smiling and shaking your hand while he cocks the .45 to shoot you in your gut. Be aware of Millar’s intentions (and the cover makes them pretty clear) before you crack the spine. He’s the anti-cosy. You have been warned.