A Dark and Secret Place: A Novel 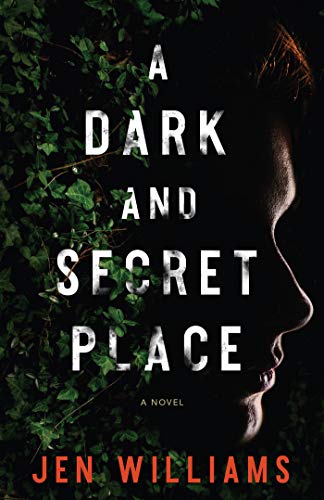 “A chilling tale of an abused child taught to become a killer, the girl who tried to save him, and the legacy he left behind.”

When Heather Evans is notified of her mother’s suicide, she has questions, the main one being “Why?” Colleen Evans was the last person anyone would’ve expected to become so emotional or harried by inner demons that she’d take her own life.

Heather and her mother had been partially estranged since her father died, ending with Heather leaving home. Now, as she makes final arrangements and begins going through Colleen Evans’ belongings, she has a frightening discovery.

For years, Colleen had been corresponding with convicted serial killer Michael Reave, nicknamed “The Red Wolf.”

“Heather found herself turning back to the letters of Michael Reave, the ones apparently so precious to her mother she had hidden them away in the attic: “I know you couldnt be with me Colleen. I am happier here under the sky. Would be happier with you, but I cant have everything. Ive always known that.”

Michael is currently in the news again, for someone else has begun abducting young women and murdering them in the same way as he, making police wonder if the new “Red Wolf” is a copycat, if Michael had an accomplice who is continuing his crimes, or perhaps the wrong man was convicted of the original deaths.

Determined to discover why Colleen would write to a killer as well as why she kept it secret, journalist Heather gets in touch with the investigating authorities. She meets Detective Inspector Ben Parker, who arranges for her to visit Michael in prison, hoping he’ll tell her more information on his own crimes, as well as the new ones, and bring closure to still-mourning families.

Michael has always maintained his innocence, and Heather is warned by DI Parker: “‘He’s not the best example of a serial killer, do you realize that?’ When Heather looked at him blankly,  Parker continued, ‘A case like Michael is extremely rare, and I don’t want you to be taken in by it.’”

Even with that explanation, Michael is still a surprise. Though he’s been imprisoned for 20 years, he has an unusual outlook, and is eager to meet the daughter of his “penpal.” He answers Heather’s questions about her mother and even a few about his crimes, but in oblique ways, while telling her weirdly edited versions of Grimm’s fairy tales.

Heather learns that Fiddler’s Mill, where Michael lived before his arrest, was also a hippy commune, and that’s where he met Colleen.

“‘I’ve been trapped all my life. I had Colleen once, and she tried to give me a way out, I think. It was her who showed me the sky, but here I am, stuck here, forever. What I am isn’t my fault.’”

During this time, Heather gets the uneasy feeling she’s being watched; she sees a shadowy figure in the garden, and comes home to discover that someone has been in her mother’s house.

When Michael abruptly refuses to see her again, Heather attempts to find others who lived at the commune, and then takes the last avenue open to her. With childhood friend, Nikki, she goes to where it began—Fiddler’s Mill.

Heather will find more than she bargained for, because the truth still dwells in Fiddler’s wood—about Michael and Colleen, the long-dead women and the currently missing girls, as well as the identity of the new Red Wolf. Even worse, she learns the secret about herself that Colleen Evans has kept hidden for over 20 years until it drove her to self-destruction.

This is a novel that might easily have been subtitled “Based on True Events,” because of its sensationalism, though one sincerely hopes it’s merely a fiction, the product of a writer’s fertile imagination.

Starting off seemingly simple enough with a young woman returning to ready a house for sale after its occupant dies, the story quickly catapults into a search for identity—of Michael Reave, the new Red Wolf, and eventually, Heather herself.

With alternating chapters featuring flashbacks to Michael Reave’s beginnings interwoven with those oddly-changed fairy tales, the story takes on momentum as Heather’s fear grows that someone may be following her while she learns more of her mother’s secret, younger life. When the true reason for the Red Wolf’s current murders is finally discovered, as well as their perpetrator, it’s a clever twist that may escape even the most avid mystery reader’s guess.

“Colleen Evans had been faced with a terrible decision—the worse that anyone could have to make—and, ultimately, she hadn’t been able to live with it. Such a decision had broken her, twisted her into something sharp and cold.”

A Dark and Secret Place is a chilling tale of an abused child taught to become a killer, the girl who tried to save him, and the legacy he left behind.