The Dance: A Novel (The Restoration Series Book 1) 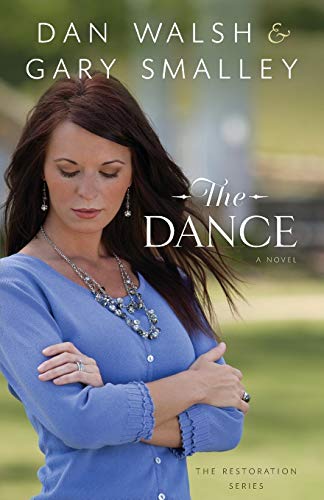 “. . . a quick, satisfying read to whet readers’ appetites for the next installment.”

Q: What happens when you bring together a former pastor and now award-winning author with one of the country’s best-known writers and speakers on family relationships?

A: A fiction series certain to be a success not only because of the stories, but also the expert advice contained therein.

The Dance is the first novel in Revell’s Restoration Series. It tells the story of Jim and Marilyn Anderson, a couple married for 27 years. The Andersons are the quintessentially successful couple most newlyweds aspire to eventually become. With an exquisite house in the suburbs, three beautiful children, and a husband’s job that affords them a quiet comfortable lifestyle, Jim and Marilyn are living the American dream.

Or so it would seem.

As is the case with some couples, the Anderson’s marriage begins with a weak foundation. After many years, that brittle base begins to crumble, and Marilyn finally decides to assert herself and leave her controlling husband. Her bold, unexpected move shocks everyone, including the members of the Anderson’s church, where Jim is a well-respected deacon.

And while Marilyn’s standard of living takes a 180-degree turn during the separation, her happiness increases exponentially as she enjoys a measure of freedom and control she’s never experienced before. But Marilyn’s newfound independence and happiness is upsetting and perplexing to Jim.

He discovers his wife has been attending dance classes, an activity that Jim has denied his wife from day one of their marriage. The fact that Jim refused to dance with his wife on their wedding day or ever since has had Marilyn simmering like a pot on a stove that eventually must boil over.

The couple’s separation is the genesis for change in each of their lives. Jim, in particular, is forced to examine his behavior toward his wife and children. His introspection shocks him into recognizing that his marriage has been a charade. If he wants to salvage what’s left of it, Jim will have to make major lifestyle changes.

The Dance is well written. It features relatable characters, ones that any reader can readily identify with. The authors present believable conflicts often occurring in marriages while offering pragmatic solutions to heal long-festering wounds.

At the conclusion of The Dance, the door stands open for the reader to delve deeper into the healing process the Andersons have begun to experience. The authors don’t guarantee that everyone will live happily ever after, but this series seems to tell us that despite rough patches in every relationship, there exists a way to get through them without irreparable damage.

The Dance is a quick, satisfying read to whet readers’ appetites for the next installment.