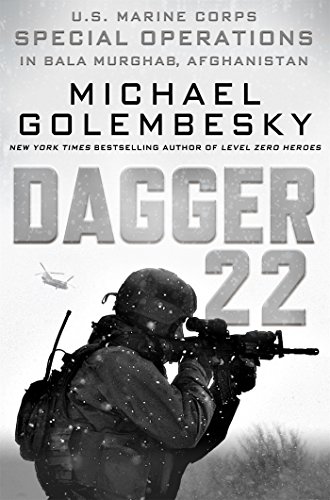 “These Marines served their county with bravery, ingenuity, and fortitude, and this book is a tribute to their service.”

This book is one of the better battle memoirs to date from the war in Afghanistan.  The sequel to the author’s earlier volume Level Zero Heroes, the book picks up the story of a small team of U.S. Marine Special Operations deployed to a remote valley in northwestern Afghanistan.

The story takes place during the winter of 2009–2010, the first year of the “surge” in Afghanistan that attempted to tamp down Taliban activity, build up Afghanistan national police and security forces, and set the stage for a planned drawdown of American troops.

The story presents an unvarnished look at how this small team lived and worked together to carry out a very difficult mission under trying circumstances. The author is very candid about how long stretches of inactivity and boredom interspersed with tense patrols and sharp, bitter firefights to take both a mental and physical toll on the small group of elite fighters.

Marine Special Operations units were still fairly new when the author’s unit deployed, with their formal incorporation in the U.S. Special Operations Command only occurring in 2006. This particular unit was embedded with Afghan National Army (ANA) units to train them in general military skills like small arms use and patrolling, as part of the International Security and Assistance Force (ISAF) mission to begin training Afghan forces to take the lead in defending and policing their country.

However, as the author notes, the unit took on a bigger mission of preemptively attacking the Taliban command structure in the Bala Murghab Valley where they were stationed in an attempt to decapitate the Taliban leadership and prevent the anticipated spring Taliban offensive launched every year in Afghanistan.

Unfortunately, as the author very bluntly points out, this mission was stymied by a distinct change in the political and operational environment in which the Marines were called to conduct their missions. Highly restrictive rules of engagement (ROE), designed to prevent of collateral damage or civilian casualties, in many cases prohibited the use of close air support and other indirect fires from artillery and mortars even in situations when the Marines and their Afghan comrades were under fire.

In addition, a cumbersome chain of command existed where most of the conventional troops in the valley were Italian ISAF forces with very restrictive ROE and even certain limitations on the types of operations they could conduct. The Marines reported to their own American Special Operations headquarters, which placed a premium on goodwill and mutual cooperation among all the Allied forces in the valley to support each other when a firefight or engagement began.

Through their tour, leading up to the climactic series of battles to finally clear the Taliban from the valley, the story of these brave Americans is told with both empathy and humor, showing the often dark wit and comradery of fighting men in isolated outposts and the loss they feel when one of their most popular teammates is killed in action.

Sadly, the book ends with the team completing their tour having served bravely, performing endless missions to try and bring some measure of peace and security to a little corner of Afghanistan. Unfortunately, as the author notes in the epilogue, once the U.S. and other ISAF forces pull out and leave the Afghan police and military in charge, the Taliban swiftly return to the valley in 2012 and 2013, reestablishing control of the villages and major arteries in and out of the valley as the Afghan government forces fall back into corruption, incompetence, and tacit cooperation with the Taliban. The frustration of the author is evident as he recounts his feelings about seeing all the work and sacrifice his unit made seemingly frittered away.

These Marines served their county with bravery, ingenuity, and fortitude, and this book is a tribute to their service.