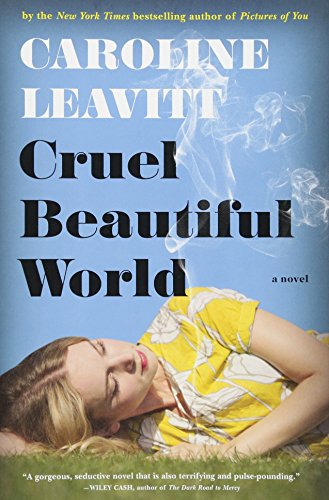 It is 1969 and 16-year-old Lucy Gold has never been a motivated student. That changes when William Lallo, her unconventional English teacher, takes a special interest in her and her writing talent. Lucy starts spending extra time with William as he nurtures her writing and slowly exerts a creepy kind of control that she labels true love.

Lucy lives with her protective, studious older sister Charlotte and Iris, a distant relative who adopted the girls after their parents died in an accident. At first, how the three are related is unclear, and when it is revealed, it’s a bit of a stretch. When the young girls came to live with her, Iris was in her sixties and had long given up on her earlier dreams to be a mother. Iris is nurturing and patient and the girls grow to love her dearly, although Charlotte never abandons her responsibility to “second-mother” and protect her younger sister.

For obvious reasons, Lucy must keep her intensifying relationship with William a secret. Charlotte and Iris are devastated and guilt-ridden when Lucy runs away to start a new life with him. She leaves them a sketchy note to assure them she is happy but no details of her whereabouts or who she is with. How did the two women who love her most miss that Lucy wanted a different life?

Cruel Beautiful World is told in third person from alternating points of view—Lucy’s, Charlotte’s, Iris’, and eventually Patrick’s, a friend Lucy meets in her new life. The amount of backstory, show vs. tell, and the pace of telling shifts depending on the POV character, with Iris’s POV being the most measured. This well-crafted balance between show and tell and pacing intimately reveals character and a distinct sense of time and place.

There are clear hints early on that there will be a tragedy. When it occurs, it feels inevitable and slightly anticlimactic as are some of the predictable relationships that develop in the tragedy’s aftermath. Less predictable is a twist near the end shifting the story to William’s point of view and exposing at least one point of view as unreliable, but whose?

Cruel Beautiful World hits the sweet-spot between popular and literary fiction with finely honed writing, complexity of character motives, and enough guilt and secrecy to sustain the page-turning suspense.