Cries of the Lost 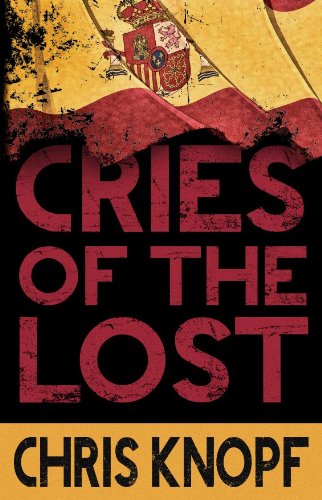 “. . . a well-written suspense filled with action, conspiracy, and unexpected twists and turns.”

Cries of the Lost is the sequel to Dead Anyway. It is an international and political thriller that begins on Grand Cayman Island.

Dressed in disguise, amateur sleuth Arthur Cathcart and his love interest Natsumi Fitzgerald are at Australian First Bank in Georgetown to retrieve the contents of a safety deposit box. The box belonged to Arthur’s late wife, Florencia, but the bank believes it belongs to Kirk Tazman, fictitious senior VP of a shell corporation Florencia used to manage the account, hence the disguise.

Having already dealt with her killers in the first book in the series, in Cries of the Lost Arthur is trying to uncover the truth about his dead wife. Questions that arose after he tracked down her killers remain unanswered. All he knows is that she owned her own insurance agency, which may have been used in a fraud and embezzlement scheme. Arthur was severely injured in the first book, which set him back in his quest.

While it is not necessary to read the first book in the series to understand the characters or to follow the plot in Cries of the Lost, it is perhaps recommended. Knowledge of preceding events concerning Arthur and Florencia would provide the reader with a clearer understanding of the current situation, particularly as earlier actions referred to in the sequel appear written assuming familiarity.

Inside the safety deposit box, Arthur finds a flash drive, the contents of which bring about more questions than answers and set him off of an international hunt for clues.

As Arthur gets closer to the truth, he risks exposure and puts both his life and Natusmi’s life in jeopardy. The FBI believes he is already dead. If he survives this round-the-world pursuit, capture would almost certainly mean prison.

The story is loaded with suspense and intrigue. Arthur and Natsumi are faced with what appear to be insurmountable challenges. A nice dynamic exists between the two main characters with both taking risks and each providing unique talents to propel the story forward and solve the mystery.

The author covers Europe so evocatively that it invites the reader to linger in each nation. But the chase from country to country is swift and often leaves us feeling breathless. At each destination, Arthur and Natusmi meet up with intriguing characters and learn interesting historical and political truths—all while gathering more clues.

The plot is multilayered and exciting. At times the large cast of characters has a tendency to become confusing, yet they are well developed and mostly likeable.

Cries of the Lost is a well-written suspense filled with action, conspiracy, and unexpected twists and turns. The fascinating plot involves the cracking of a code and linking clues and connections. This makes the book a puzzle-lovers’ dream, with the element of danger increasing at each new location.