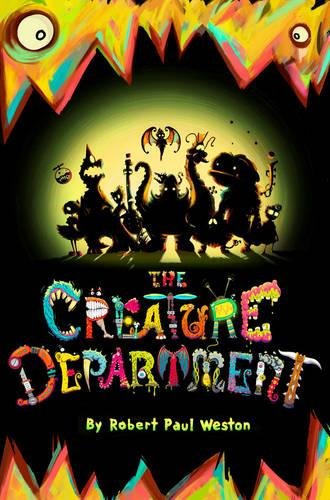 Twelve-year old Elliott’s life is chugging along as usual until the morning he receives an invitation to tour his Uncle Archie’s department at DENKi-3000, the world’s 8th largest technology factory.

First however, Elliott must rate his breakfast (burnt toast and soggy tomatoes—crunchy and wet) for his foodie parents who write a newspaper column reviewing local restaurants (despite the fact that it takes both of them to figure out how to boil a bag of rice).

Elliott learns that DENKi-3000 is in danger of being taken over by a bigger company called Quazicom. Perhaps Uncle Archie wants to show Elliott around the place before it’s too late. Uncle Archie instructs Elliott to bring Leslie Fang with him, a girl he only knows through the school science fair in which they tied for third place.

The new friends show up at the odd-looking company headquarters where a sign says: “Welcome to DENKi-3000: inventor of the wireless breath mint.” Elliott explains to Leslie that Uncle Archie and his team were the first to discover that information has flavor, which means you can download freshness into the mint directly from the web. As it turns out, Uncle Archie’s other inventions aren’t so commonplace.

Elliott, Leslie and Uncle Archie head across the company campus formed of soaring glass and steel structures, interspersed with grassy paths, courtyards, fountains and topiaries. It’s gorgeous. So when Uncle Archie leads them to a rambling, crumbling, lopsided old mansion bristling with pillars and porches, turrets and towers, it looks like the company’s toolshed!

But magic waits inside Uncle Archie’s Research and Development section. The interior is gigantic, much bigger than the exterior, stretching far away into the distance. Behind secret walls is the department within the department: the Creature Department. The CD employees make up Uncle Archie’s staff: a fairy bat (vampire bat, if you please) called Jean-Remey, a knucklecrumpler, a bog nymph named Patti, Colonel-Admiral Pusslegut and Harrumphrey, who punctuates his speech with – what else? Harrumps. Oh, yes, and Carl, the security guy—he’s perfectly normal.

Each creature sports different anatomical accouterments: wings, flippers, tentacles, horns, more than one head, nothing but a head with a tail and legs. And some have really bad hair. It’s like the Mad Hatter’s Tea Party meets Miss Peregrine's Home for Peculiar Children (or Peculiar Creatures, in this case).

But the creatures are geniuses, the brains behind Uncle Archie’s list of enviable inventions, such as the cerebellows, a device that sucks ideas right out of the brain and downloads them into a computer; the expectavator, an elevator that runs on hope and can go in any direction (it specializes in going sideways); and the cafetarium, a combination lunchroom and planetarium, which shows diners’ memories on its domed ceiling instead of stars and planets.

The kids and a few of the creatures sneak into the walls of the board room to listen in on a meeting of the shareholders and DENKi staff. Uncle Archie hasn’t come up with any new inventions for a long time and he gets only a few more days to figure out a new one in order to save the company. When (human) employees protest, Quazicom robotic security officers zap them all in the butt with an electric shock. Nothing beats voltage applied to the derriere to quell an uprising.

Uncle Archie heads off on an important errand and tells the creatures that Elliott and Leslie are the ones who can save the company. But time runs short and monsters set on sabotage are on the loose. One wonders if young readers will find the many pages about corporate espionage, company takeovers, CEOs, board rooms and shareholder meetings of much interest.

Even so, The Creature Department is sure to appeal to those middle graders who like a lot of silliness, a bit of rickum rockery, and a giggle of grossness jumbled together in their stories. The scattered black and white drawings nicely complement the amusing text.

Can Elliott and Leslie save DENKi-3000 from closure and the creatures from being turned into slaves by the new owners? Will any of the maniacal inventions actually work? And can they find Uncle Archie in the secret tunnels beneath the CD before the deadline? Only the ghorks know for sure—and they’re not saying.