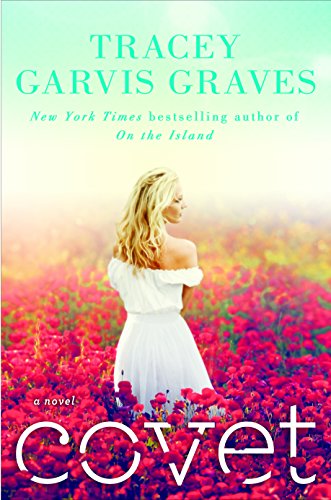 Tracey Garvis Graves takes us inside the mind of Claire Canton, a woman whose formerly perfect life is melting slowly away like an ice cube on a steamy summer day.

Her husband Chris has lost his job, the victim of a slow economy and the ubiquitous downsizing of corporations.

No worries. Chris knows they’re on firm ground until he can find another employer. Their finances are sound, and his credentials are impeccable. But Chris’s confidence begins to wane as he spends days and then months sending his resume to potential employers without even getting an interview. The frustration he feels causes Chris to become depressed and detached. He spends hours in his home office with little or no contact with his wife Claire and their children.

As his depression deepens along with his isolation, Claire convinces him to see a doctor. Chris agrees and is put on anti-depression medication. The pills ease his condition but cause an intimacy problem, thus deepening the divide between the spouses.

While returning from dropping the children at school one day, Claire is pulled over by a local cop. Officer Daniel Rush is dealing with his own isolation, having recently divorced. The couple lost their only child, a tragedy that caused them to question their commitment and love for each other.

Chris eventually takes a job that finds him on the road during the week. The constant separation only serves to draw Claire and Chris further apart. Longing for attention and affection, Claire turns to Officer Daniel Rush.

Claire and Daniel strike up a friendship and begin to find the closeness and empathy each so desperately need. Thus begins an affair of the heart, which many times is more crushing to a spouse than a physical relationship.

Eventually, Claire realizes what she’s done. “. . . I gave Daniel the things I should be giving only to my husband, whether he was giving them back to me at the time or not: my emotions, my attention, my adoration, my desire.” Powerful stuff, honest and brutal.

The author writes in the first person point of view, allowing the reader to see and feel each character’s emotions and direction. The story is satisfying, even though the reader will have a strong indication of how it will end. Nevertheless, the author fleshes out each character so that the reader is not left with any unanswered questions.

Covet is a nice twist on a contemporary problem facing many couples. It’s an intimate look at a moral dilemma that more often than not leads to the destruction of families. This is a well-written novel that will evoke strong emotions.