The Countess (The Madison Sisters) 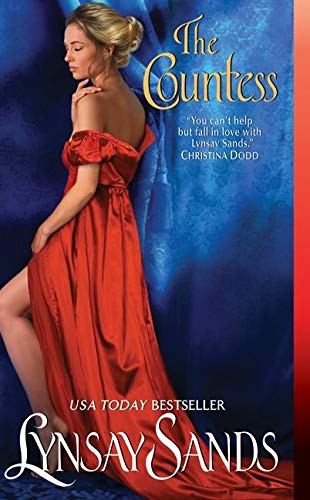 Lynsay Sands’s latest historical romance, The Countess, begins with a flawed premise and then proceeds downhill. Readers of humorous historical novels have come to expect more from this author.

Christiana marries out of desperation. Her father has gambled far beyond what the estate can afford, and the creditors are closing in. Though Dickie seems kind prior to the wedding—and agrees to pay off her father’s markers—he soon descends into cruelty and emotional abuse.

For 12 months, Christiana is isolated from her friends and family, from any kindness or compassion. She becomes a shadow of her former self, miserable and lonely.

Then three things happen: her father gambles again, her sisters show up on her doorstep in need of funds, and Dickie dies in his study. In lieu of letting the world know of Dickie’s death, the sisters instead decide to hide it, allowing them to avoid going into mourning so that Suzette, Christiana’s younger sister, can find a husband willing to make a financial deal and thereby resolve her father’s gambling debts.

Herein lies the flawed premise: As a widow, Christiana would no longer live under her husband’s thumb; and though she may not inherit the entailed portions of the estate, surely it would make sense to call in a lawyer and examine her new financial situation in lieu of haring off on a madcap Weekend at Bernie’s-style scheme? In particular, her dowry may revert back to her keeping, and the book makes a point of mentioning a severe lack of family, so it’s possible her financial situation is very solid indeed.

However, legal machinations are not explored, and the sisters pack ice around the body to keep it from decomposing too badly before heading off to a ball to document likely bachelors.

That’s when Dickie’s twin shows up.

It turns out Dickie was not who he says he was; nor have events transpired quite as he had explained them. Cases of mistaken identities, fratricide, illegitimate marriages, and untimely losses of virginity ensue, as Christiana tries to figure out what is going on, who she really married, who her husband is now, and what the past year has meant. There’s also a small matter of a blackmailer and further murder attempts before the book finally stumbles to its clumsy conclusion.

Reading a Lynsay Sands novel has always been more about a romp than historical precision, but even common sense seems to have deserted The Countess. Not only does the book start with a glaring oversight, but the conclusion to the suspense sub-plot is amateurish, and at least one sex scene is jaw-droppingly unrealistic. I don’t care how caught up in the moment the characters are, no one starts a romantic interlude laying atop a dead body.

Even Sands’s trademark humor is absent, leaving The Countess with very few redeeming qualities. The cover is lovely. There’s some humor to be had in the clichéd resolution of the murder. But mostly, there is only the guilty pleasure of dissecting the many ways in which the story goes very, very wrong.