The Autobiography of Corrine Bernard: A Novel 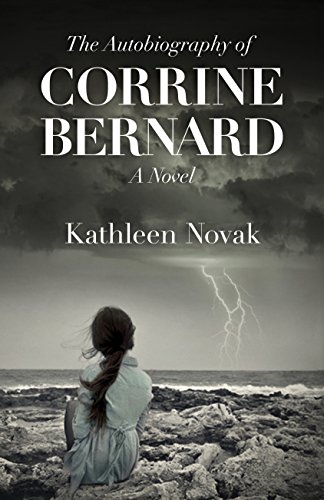 “an entertaining, sad story, and one that will give the reader much to think about.”

“I was born the night the Nazis entered Paris,” begins Corrine Milot’s story. It is perhaps because of this that she becomes a “skinny, scrappy girl, wild-eyed and watchful.”

Though her early life is as deprived and poor as everyone else’s in that time, she’s fairly happy, but Corrine always wants something more. She isn’t satisfied with the status simply being quo. Her particular mindset is clearly defined when she tried to take another child’s doll.

“‘Why would you do that?’ her mother asked.

I shook my head. ‘I don’t think that way.’ And I meant it. The world was large and I would take whatever I found or whatever came my way.”

When Corrine is 17, in the summer of 1957, she travels to New York where her mother’s friend Claire now lives with her brother Charles Bernard, a successful businessman. Corrine doesn’t like Charles, but she likes his “arrogance and intensity and the ease of his life, the money coming out of nowhere and going everywhere.” Charles showers her with gifts and eventually “an enormous diamond ring.”

Though he is twice her age, she marries him. On their wedding night, the first thing he does is hit her, slapping her face, and saying, “You will never do anything I do not approve and you will never leave me.”

Corrine has traded freedom for a money-filled prison. Their life together will be always violent, but she has a plan and it includes tolerating Charles for a while.

“I would suffer Charles only briefly. What was a slap, a bad kiss, a ridiculous man?”

Then Corrine meets a showgirl named Billy Jo, and through her a man named Giovanni Paulo, the man who will be her one love, but never completely her lover.

Corrine also meets Bobby Lane, an 18-year-old private high school graduate who will become very important to her in the years to come.

She continues seeing Giovanni who wants to marry her. A chance meeting with Charles’ sister at the jewelry store where he works brings him to Charles’ apartment where Giovanni learns of her marriage when Charles reveals he knows of their affair. Corrine goads her husband into striking her. Giovanni tries to protect her and is horror-stricken as she calmly explains, “This is me and Charles. We do what we do.”

“You stay married because you hate each other?” he asked.

There will be other clashes, until one day, Charles strikes and Corrine strikes back.

“I stabbed him to death.”

She is arrested for murder. Thinking she has a witness in Giovanni who saw Charles beat her, she’s appalled when her attorney refuses to have him testify. Corrine appeals to Bobby for help, and he assists her in eluding the police and getting out of the country.

In the years that follow, Bobby will be Corrine’s mainstay and protector, allowing her to stay in homes his family owns in other countries, warning her if the police get too close. For the rest of her life, she’ll be a fugitive from justice but will always have Bobby Lane, friend but never lover, by her side.

Told in the first person, this story doesn’t have a very sympathetic heroine. In fact, the initial reaction to the Corrine admits to is disgust, then morbid fascination as she calmly relates the things she does to advance herself.

Corrine is an opportunist and a manipulator. In describing the setting of her birth in a war-occupied country, she seems to blame this in part for her attitude to life, her always striving for something better, but her arguments have little foundation since others in the same position evolve differently.

Her love for Giovanni continues through the years though they are estranged from the moment she kills Charles. Bobby’s love for her, never consummated, is treated as that of a faithful friend, always there, always with an answer to do what’s needed, accepted as if it is her due. Corrine uses him as she uses others and never seems to realize it and he never complains.

This is a story told by a woman who doesn’t pull punches, doesn’t paint herself as all good or all bad, but simply as someone who’s going to get all she can out of life no matter what. In a way, she and Charles are made for each other, each determined to have what he wants at anyone else’s expense.

In the end, she is left with nothing but memories of old friends, missed opportunities, and the thought of lost love.

“At the end of the day, we gather up our frivolities and go home. We all have our times. And we have our tales. These were mine.”

It’s an entertaining, sad story, and one that will give the reader much to think about.