The River of Consciousness 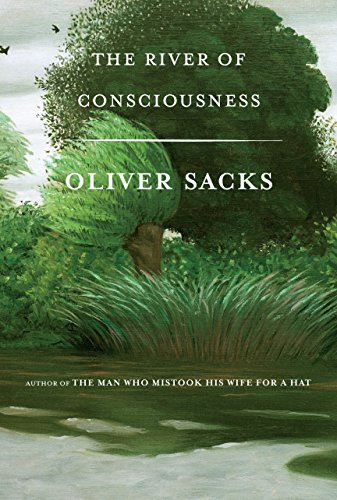 “It is startling to realize that some of our most cherished memories may never have happened.”

This posthumous collection of essays by Oliver Sacks, one of two books he was working on at the time of his death, bears the qualities that endeared him to countless readers: his ability to turn clinical cases into literature, to make unexpected connections among far–flung disciplines, and to relate nearly any topic to historical arcs.

Sacks’ insatiable curiosity makes it impossible for him not to veer off into digressions, amplifications, and copious footnotes in this last oeuvre. Death did not break him of this longstanding habit, a practice that gratified many and irritated a few. Such intellectual excursions are to be expected from a capacious mind that began reading widely, and deeply, starting in childhood, and who simply presumed that any subjective experience was fair game for dissection.

The River of Consciousness does not have a typically unifying theme. Rather, Sacks engages one last time with the heady topics of time, memory, creativity, evolution, subjectivity, and consciousness. He essays about his intellectual heroes Darwin, Freud, and William James, particularly the way in which their discoveries speak to personal meaning.

He calls Darwin, “preeminently an investigator, concerned with the ‘how’ and ‘why’ . . . not just the ‘what.’” He regards this particular hero as foremost a botanist who “transformed botany itself from a purely descriptive discipline into an evolutionary science.” As for Freud, readers will learn that for 20 years he “was primarily a neurologist and anatomist,” interested in the early origins of nervous systems, and wishing “to get a sense of their evolution first.”

Perhaps the most engaging chapter concerns “scotoma,” or the loss of knowledge and forgetting of insights that once seemed firmly established. It entails “a regression to less perceptive explanations.” Sacks cites multiple times when he had to turn to literature of the previous century to confirm what he was seeing in his clinic patients. This was “literature that most of my colleagues saw as superseded or obsolete.” And yet the 19th century accounts tended to be “much fuller, much more vivid in description than modern ones.” How, he asks, had these startling phenomena with their unmistakable patterns “evaded notice for so long?”

The essays are strewn with profound questions, such as how a sprinter “can be off the blocks in 130 milliseconds,” when “the conscious registration of the gunshot requires 400 milliseconds or more?” Sacks patiently walks us through the answer. Along the way he explores the fallibility of memory and the reawakening of memories that have lain dormant for decades.

He shows why we can never be certain “whether an experience was something we were told or read about, even dreamed about, or something that actually happened to us.” No one was more sensitive than Freud, he claims, that memories are “continually worked over and revised.” The upshot is that “It is startling to realize that some of our most cherished memories may never have happened.”

Aside from the ease with which one can implant false memories, their measurable electrical activations are identical, “whether the ‘memory’ is based on experience or not.” Turning to Helen Keller as an example, Sacks illustrates why what we feel as true “depends as much on our imagination as our senses.” Cryptamnesia, or forgetting what we once did or said only to have it reappear later on, may be necessary for creativity, in which old memories are mixed and shuffled and reborn again as something new.