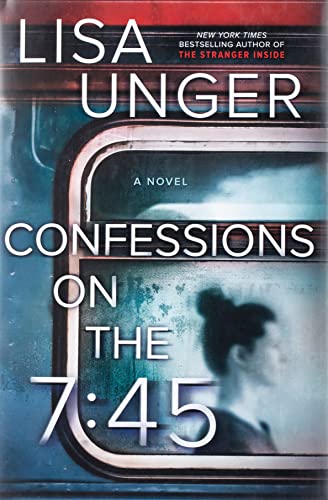 “a powerful story of how the resentment and pain of abandonment can sweep the guilty as well as the innocent into a maelstrom of hate from which none will emerge unscathed.”

Selena Murphy is in a bad way. She’s just learned that her husband is having an affair with their nanny.

Selena doesn’t know what to do. Geneva is a treasure; she’s loved by Selena’s two children and keeps the household well-organized while her employer is at work. To get rid of her would disrupt everyone’s smoothly running lives. Besides, Selena likes her as well.

She’s pondering this idea as she gets on the train for her evening commute home. In a short while, she’s talking to the young woman sitting next to her, pouring out her problem. She can’t understand why. Selena never talks to strangers and certainly not about such a personal thing, but Martha seems to invite confidences. They commiserate, and then Martha makes an odd statement.

“Maybe she’ll disappear,” said Martha. “And you can just pretend it never happened.”

Selena managed a thin laugh. “I don’t think I could get that lucky.”

“You never know.” Martha twisted a strand of her dark silky hair. “Bad things happen all the time.”

A few days later, Geneva leaves the Murphy home as usual, but the next day, her car is still parked in the same spot in front of the house. She doesn’t show up for work. Soon, the police will come knocking at the Murphys’ door, investigating a missing person’s report.

They interrogate everyone, as well as the previous family where Geneva was employed. The nanny had an affair with that husband, too. She’s a serial adulteress, breaking up homes, then moving on.

The police don’t concentrate on that spouse, however. They home in on Graham, Selena’s husband, bringing up a history of other affairs, violence, and harassment charges—and the disappearance of the woman who filed them.

Soon, a twisted spiral Selena isn’t even aware of will tighten around her family, revealing an elaborate con game with a terrible and personal desire for revenge at its core, and a convoluted relationship between the participants.

Told from the viewpoints of the various women involved, this story is a complicated narrative of abandonment, revenge, and justice. At first, there appears to be no correlation between the various women whose stories are told, but as the web slowly tightens, the obvious becomes clear. This is definitely one story in which even the sharpest reader (and those who usually divine the outcome immediately) won’t guess all the implications before they are actually revealed.

Though the stories of Selena, Pearl, and Grace are narrated with great depth, the ending seems a bit rushed, everything wrapped up in the last four pages of the final chapter. The disposition of certain events, mentioned in passing, seem added as an afterthought to round out the narrative. This is probably just as well; in all honesty, to give each the proper attention would’ve created a book of epic proportions. Truly, this novel has several subplots that could very well have supplied two to three more novels.

Likewise, the men in the story, the fallen husbands, are given much less attention than the women, other than to expound on their weaknesses and compare them to the strengths of their wives.

All in all, this is a powerful story of how the resentment and pain of abandonment can sweep the guilty as well as the innocent into a maelstrom of hate from which none will emerge unscathed—but occasionally, in spite of that hate, affection for someone may still filter through.

Selena sums it up best as she’s questioned by the police: “They were bad people who did unconscionable things but there was more to them than that. How complicated we all are; even the worse among us might still be worthy of love.”