In the Company of Angels 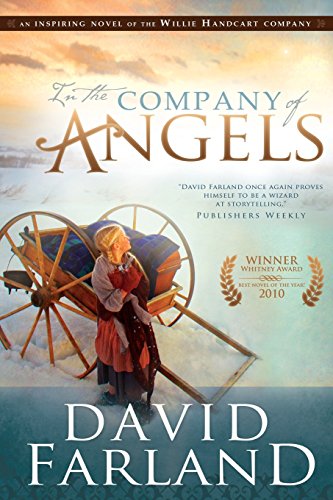 If you thought it was impossible to tell a torturous tale about torture with grace, depth, insight, and compassion, then you must read In The Company of Angels by Thomas E. Kennedy. Not only does the author understand many of the nuances and issues surrounding loss, terror, and the choices people make to carry on or give up when everything dear has been taken away or broken, but he also expresses them in a manner that is realistic and full of life.

The book starts in the first person, with Thorkild Kristensen speaking about his work as a therapist at a center for the rehabilitation of torture survivors in Copenhagen, Denmark. He is always questioning his motivations for helping others and its effects upon his personal life. His client, Nardo (Bernardo Greene), is an immigrant from Chile who survived the brutal dictatorship of General Pinochet and is trying to find his way back into the living.

All of the other characters in the story (including Nardo) are told in the third person, which works seamlessly between Thorkild’s personal account and the others. A pivotal part of the plot is Michela Ibsen, who is carrying for her ailing parents and in an abusive relationship with a younger man named Voss. Even though the story starts out focusing on the relationship between Thorkild and Nardo and its effects on both men, it is Michela who is the pivotal centerpiece that connects all the dots and brings other possibilities to fruition. A real surprise and gem in the story is the depth, honesty, love, and security that develops between two of the “damaged” characters. In describing this sensitivity, the author writes, “The pain was not his alone, it was theirs together, a place that had waited to be discovered by what she saw now as an indefatigable wish to love.” It isn’t forced or coerced and flows naturally from the paths they take, the choices they make, and the circumstances they encounter.

Mr. Kennedy has done something quite extraordinary: He has taken the painful reality that people perpetrate upon their fellow human beings and brought it to us in the form of a deeply touching drama between fictionalized characters that could just as well be your neighbor, lover, or family member. The problem with nonfiction works about torture have always been their “otherness” or clearly defined stereotypes of “good” and “bad.” The Good Listener: Helen Bamber, A Life Against Cruelty by Neil Belton is a good example. Ms. Bamber was a British citizen who worked with Amnesty International for many years and then started the Medical Foundation for the Care of Victims of Torture in 1985. The book was thoughtful and well researched, but difficult for readers to identify with and personalize. It made one feel that you had to be extraordinary to accomplish any healing or good in the world, whereas In The Company of Angels sees simple acts of kindness creating wondrous changes in body, mind, and spirit.

In The Company of Angels will take you to places you will not want to go, but are glad you did because of the redemptive and powerful storytelling. You don’t have to take heroin to know it isn’t a good choice. You don’t need to be tortured to know it is an earth-shattering experience you would wish on nobody. Yet these choices and realities exist. This book makes sense out of the senseless, and through its characters offers a way to discover something beyond the pain of our existence and past action or inaction. In the midst of a heartless world, this story has heart.