Claudia Silver to the Rescue 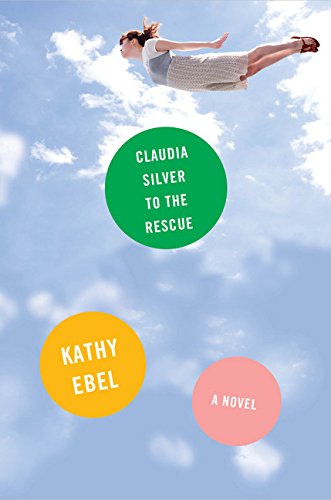 “Claudia Silver to the Rescue would also make a terrific movie or television comedy,”

Picture the HBO series Girls set in the 1990s with frequent decade-specific pop culture references and its characters calling from pay phones instead of iPhones—all told by a smart, snarky, omniscient narrator. Yes, this is chick-lit, but chick-lit with insightful observations about families, life, love, work, gender, class, race, and the psychology of the children and grandchildren of Holocaust survivors.

Like Girls’ Hanna Horvath, Claudia Silver is a 24 year old who is two years out of college (Barnard instead of Oberlin), exercises poor judgment (in both work and love), and stumbles from one screw up to the next mostly of her own making. Claudia is nearly as narcissistic as Hanna but claims no literary or artistic talent to justify the self-focus.

Both characters have narcissistic mothers, but where Hanna is an only child of still married parents with whom she is in frequent contact, Claudia is estranged from her free-spirited academic librarian mother Edith Mendelssohn, a twice-divorced child of Holocaust survivors with a younger daughter, Claudia’s 16-year-old half-sister Phoebe Goldberg.

Claudia is neither tall nor thin, but her curves are voluptuous (The Girl’s Guide to Depravity’s Sally Golan is a better fit to play Claudia both physically and for her comic timing and delivery than Girls’ Lena Dunham).

For most of the book its title seems ironic because the title character needs rescuing and appears to be in no position to save anyone else. But Phoebe doesn’t realize that when she shows up at Claudia’s apartment fleeing Edith’s abusive live-in boyfriend Robby Burns.

Ms. Ebel contrasts the dysfunctional Mendelssohn-Silver-Goldberg family with two other families: the Tates and the Parkers, the parents and siblings of Claudia’s roommate and best friend Bronwyn Tate and Phoebe’s friend and next-door neighbor Ramona Parker.

The Tates are wealthy pretentious wannabe WASPs, while Ramona, her older sister Darleen, and her mother Mrs. Parker (like Edith a single mother) are striving African Americans trying to maintain their tenuous foothold in the middle-class.

Bronwyn’s mother Annie Tate and Mrs. Parker are attentive and responsive parents in exactly the ways Edith is not, and they each eventually reach out to Edith on Claudia and Phoebe’s behalves.

Ms. Ebel presents Mrs. Parker as an ideal, responsible mother who believes her daughters cannot afford the kind of missteps from which more privileged young women can more easily recover. But the African American male characters, Robby Burns and Claudia’s boyfriend Ruben Hyacinth, are presented as menacing and untrustworthy, the very opposite of Mrs. Parker’s character traits. Not that the white male characters are moral exemplars, especially Bronwyn’s womanizing father Paul Tate.

Edith’s parents had to hastily flee wartime Europe in the year of her birth, a disruption and dislocation to which she attributes the failure of her two marriages and her inability to emotionally connect with her daughters. That may sound to some readers like a far fetched excuse for character flaws, but it is worth noting that Ms. Ebel is a first generation American and daughter of Jewish German refugees. This work of fiction is her truth.

Despite the historic traumas in its background, this is a fun and funny read about the mistakes twentysomethings make when they first live independently as adults. Younger readers will identify with the characters, and older ones will relive their own young adulthoods.

New Yorkers, especially Brooklynites, will enjoy recognizing the novel’s many familiar locations. Claudia Silver to the Rescue would also make a terrific movie or television comedy, and with its pop music references it already comes with its own sound track.

Claudia Silver to the Rescue is highly recommended as summer or other vacation reading for adults as well as at any season for girls age 15 and above who are ready to graduate from young adult fiction to something resembling YA but with sex scenes and profanity.