The Clasp: A Novel 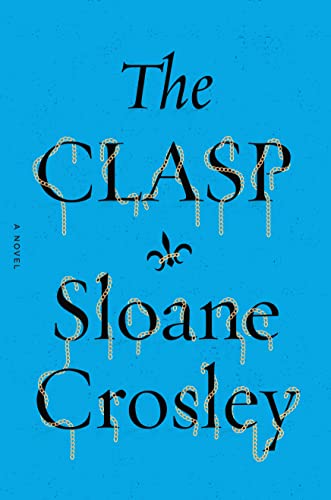 "It shows what happens when twentysomethings grow up."

The Clasp is definitely several rungs above the typical twentysomethings-with-clever-quips debut.

For one thing, the main characters—college friends reunited at a wealthy classmate’s destination wedding—have aged out of their twenties or soon will. More important, they are complex, original human beings, with flaws that aren’t always cute.

Victor, the perennial loser who has just been fired from a floundering search-engine firm, is said to resemble the actor Adrian Brody, but he’s too tall and has digestive problems. He is hopelessly in love with Kezia, the insecure second-in-command at an offbeat jewelry design house, who “looked like she had just come from a Celtic sprite convention.”

The third Musketeer of the group, Nathaniel, would seem to be the success story: a self-assured literature major with a well-defined jawline who actually got a job as a writer on a TV sitcom just months out of college, enjoying “a low-six-figure salary, the same dental insurance as Steven Spielberg,” and a series of gorgeous girlfriends (or one-night stands).

In this debut novel, Sloane Crosley, the author of two bestselling essay collections, has created a cast that the reader genuinely cares about.

However, the book takes too long—almost to the halfway mark—to get to its plot pivot: the quest for a priceless diamond and sapphire necklace that is supposedly the real item on which Guy de Maupassant based his classic short story “The Necklace.”

Or perhaps Crosley should have waited even longer, because the book changes drastically at that point. Unbelievable coincidences and contrived connections with the de Maupassant tale are hammered repeatedly.

In the original 1884 story, the dissatisfied wife of a low-level government clerk borrows a wealthy friend’s necklace to wear to a ball. When she loses the necklace, she goes into heavy debt to buy a replacement for her friend, then spends the next ten years working at miserable jobs in order to repay the debt. At the end, the friend informs her that the original was only a fake.

The necklace enters this modern book when the groom’s mother at the destination wedding shows Victor a sketch of an anonymous necklace and tells him a wild story of how her aunt’s wartime Nazi lover supposedly hid the actual piece in a French chateau. Trying to decipher the words and numbers at the bottom of the sketch, Victor decides that they are an address where de Maupassant once lived. He remembers that he and Nathaniel had read the short story in a college class—and voila!

Victor is convinced that the (theoretical) Nazi necklace must be the one de Maupassant described. (Never mind why there had to be an actual necklace in order for de Maupassant to write his story.)

“This woman’s life is totally ruined and for nothing. . . . And that’s when you realize that the necklace was always kind of a red herring, distracting you from the actual twist,” Victor says, in one of the many passages where Crosley tries to draw Big Meanings from the forced jewelry connection.

“It’s not upsetting that the necklace is fake but that she is real,” Victor adds.

The clasp of the novel’s title is not, however, connected to de Maupassant’s jewelry. Narrowly, it refers to the constantly breaking clasps of poorly designed necklaces that Kezia goes to Paris to try to repair.

More symbolically, the title evokes the clasps that once bound these college chums but that, too, are weakening. And that may be this novel’s greatest value: It shows what happens when twentysomethings grow up.