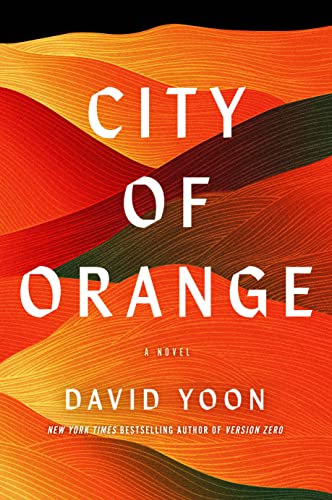 “This book is annoying from the get-go. Most annoying is not knowing the fundamental rule of suspense. . . . Get it from the library if you want to know how bad it is.”

This book is annoying from the get-go—not a good thing to inflict on readers. The story opens on a man who comes to in the middle of nowhere, head “crushed” and caked with blood, no one in sight.

Civilization in fact is nowhere in sight, what structures there are looking like the aftermath of an apocalypse.

“And his name?” “He can’t recall what year it is,” either. Well, he has amnesia of course, a shopworn cliché. The author apparently does not know that amnesiacs in real life never lose their identity, but this is fiction so we can make allowances.

The lost man then dreams—another trite trope—and rambles on to himself for dozens of pages in a stream of consciousness while the reader wonders: What the hell is going on? Then finally, a flashback that might shed some light—or is it just another dream?

It doesn’t matter because the reader is still kept in the dark. This reviewer dutifully kept turning pages so that prospective readers won’t have to or waste their money (get it from the library if you want to know how bad it is).

Nothing whets the curiosity. There is no investment that makes us want to know what happens next?

David Yoon is an award-winning nonfiction author, but he won’t win awards for City of Orange. Among Yoon’s many faults in attempting a novel, his most annoying is not knowing the fundamental rule of suspense that Alfred Hitchcock illustrated so well to terrifying effect: The protagonist must be ignorant while the audience knows everything and cringes as the hero stumbles about into potential peril. It is this terrifying mismatch that produces the thrilling frisson audiences and readers relish.

Yoon withholds too much from his reader, forcing them into a tiresome guessing game. Names and characters are dropped—“Byron,” “a baby,” “Her,” an unidentified woman speaking in dialogue—all left unidentified.

More inscrutable flashbacks follow. A disheveled old man, who can only say “berries” appears, and is soon killed. Dead crows accumulate (our amnesiac can talk to crows! Why? How?). A boy “about seven-eight-nine” next turns up well past the halfway point of the book. The Who, What, and Why of him will have to wait.

And then, finally, on page 238, the man’s wallet turns up deus ex machina and he learns his name (Adam!). It doesn’t really help the situation because everything else remains a mystery until the end at which point the reveal is anticlimactic. It is as if, to paraphrase novelist John Gardener, the author has jumped out from a bush waving his arms and shouting “surprise!” But by this point we are past caring.

The most embarrassing part of this book is the acknowledgements in which the author admits that this is his first novel. Amateurishly, he began it during the pandemic lockdown when his wife “basically forced me to participate in NaNoWriMo to create what would be my first novel ever.” The acronym stands for the National Novel Writing Month “where writers challenge themselves to put fifty thousand words down on paper in the month of November.”

The results speak for themselves.