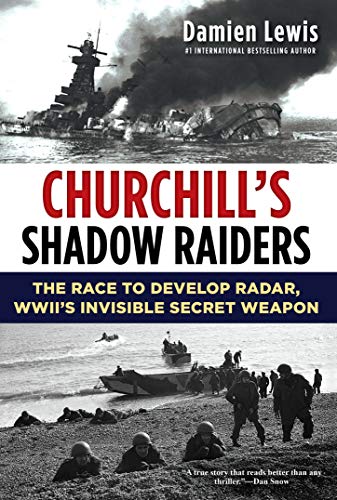 Among the many firsts of World War II was the wide-spread use of the electro-magnetic spectrum as a tool of combat. The extensive use of radio communication allowed far better command and control of highly mobile forces, aircraft, and ships at sea. Of greater significance was the use of radar, or radio direction finding, as both an offensive and defensive weapon.

This highly informative book almost reads like a genuine techno-thriller as the author describes the “wizard’s war” between England and Germany over the use of radar in the air war during 1940–1942. By intertwining the story of radar’s development as a true tool of war with the  tale of Britain’s halting genesis of airborne forces as a deep strike weapon against Hitler’s “Fortress Europe,’” the author does an excellent job of blending technology and action to tell the amazing true story of one of the most daring but almost unknown special operations of the war.

Nearly all histories of the Battle of Britain give credit to the British use of radar to guide their outnumbered fighter force during the critical months of the battle in 1940. However, the British government initially refused to believe that Germany could develop or field an equivalent radar system for their air defense network. Fortunately for the British war effort, the dedicated and quirky members of the Telecommunications Research Establishment, England’s technical center charged with the development of electronic warfare systems, disagreed.

As British bomber losses mounted in raids over Nazi Germany, these scientists and engineers were convinced the Germans must have radar of their own providing early warning and fighter direction and they set out to prove their theory. Their persistence was rewarded in early 1941 with a series of aerial reconnaissance photos of the French coastline showing an object the technicians concluded could only be a radar dish on an isolated part of the coast near the town of Bruneval.

At the same time, the creation of the England’s Combined Operations Group, the first prototype of a joint special operations force, gave Britain a capability that combined air, ground, and naval forces under a single command that had Churchill’s strong backing. The first 100 pages of the book is dedicated to the costly but successful first mission of this organization which sent a group of Britain’s newly formed parachute forces into southern Italy during late 1941 to destroy an Italian aqueduct controlling the water supply to southern Italy. This effort was meant to take pressure of Britain’s beleaguered desert forces by slowing Italian resupply efforts and although the aqueduct was severely damaged, the raiders were left stranded when it was decided too risky to send in the submarine meant to retrieve them, and the entire force was either captured or killed.

As the author offers an analysis of this mission and breaks down the wartime conclusion that it was an abject failure, the reader is left wondering where this tale fits into the overall story until the author begins to tie the two divergent stories of paratroopers and radar wizards back together.

Although the raid was at the time considered a failure, the forming of British airborne forces and capabilities continued, and at last a target was found considered worth the risky effort to send in another deep strike force. The author does a great job of describing the numerous bureaucratic hurdles needed to convince the British chain of command of the importance of capturing and bringing back to England for study the radar set at Bruneval.

Once he does, the tension builds up as the detailed mission planning and training occur. Readers may recognize some of the notable soldiers in the story, especially Major John Frost, chosen to lead the raid, who later becomes one of the heroes of the Arnhem debacle two years later.

When the mission is finally launched, nearly everything that can go wrong for the British forces does. Some troops land in the wrong drop zone, a German Navy flotilla almost detects the Royal Navy pickup boats, and the Germans react quickly to send reinforcements toward the installation as the paratroopers desperately try to clear the beach so the landing craft can retrieve them and their precious looted radar equipment. Tom Clancy himself would be impressed with the heroism and amazing good fortune that finally allows the British forces to be retrieved and heading out to sea as German infantry and armor appear at the cliff tops overlooking the British forces.

The author then closes with the postscript of how the British were able to reconstruct and analyze the captured German radar gear, stunned that in many areas the technology was superior to their own. This brought remarkable progress in developing both better radar and radar counter measures by the Allies, culminating in the use of multiple jamming and decoy capabilities to blind and confuse the Germans during the D-Day landings.

Engaging and suspenseful, once the author plows through the background pages, this book is a real page-turner, balancing the blend of describing electronic gadgetry and heroic adventure to bring to life one of World War II’s most audacious special operations.