That Churchill Woman: A Novel 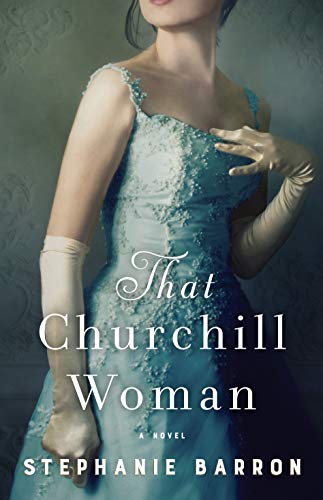 “That Churchill Woman is an engaging and heartrending account of a complex woman living in a complicated world who learns that no one can live their life entirely as they choose.”

That Churchill Woman, a fictionalized account of the ravishing Jennie Jerome, is delightful, poignant, and heartbreaking all at once. American heiress, mother of Winston Churchill, and confidante of the Prince of Wales, Jennie is a feisty, seductive beauty who with her dark good looks is sometimes referred to as “the panther.”

Jennie was born the daughter of larger-than-life Leonard Jerome, a speculator known as the “King of Wall Street” whose fortunes came and went, who co-founded the Jerome Park Racetrack where the first Belmont stakes was run, and who was once part owner of The New York Times. With homes in New York and Newport, Jennie’s flamboyant father spoils her, encourages her independence, and orders her “to live her life entirely as she chooses.”

But Leonard’s dalliances drive his wife to move with Jennie and her sisters to Paris, then on to England where, as a young woman, Jennie dazzled British society. She meets Randolph Churchill when she’s 19 at a regatta, an “impeccably dressed young lord with a walrus mustache and a rose in his buttonhole.” Afterward, the “specter of Lord Randolph Spencer-Churchill” persists in her mind, though he was not known for his looks (her mother calls him an “ugly little man”).

Jennie is nonetheless smitten. They talk of books, music, and politics, and he is “the first Englishman who’d treated her as though she had a mind as well as a body. As though she were more than a man’s plaything.” Randolph proposes just three days after their first meeting.

As with many society marriages of the time, Lord Randolph has the title and pedigree while Jennie, the inspiration for Edith Wharton’s The Buccaneers, has the wherewithal. Initially, Lord Randolph’s father is appalled by the proposed match, ironically calling Leonard Jerome a “pirate” despite negotiating for part of Jennie’s fortune. Leonard likewise is not thrilled, reluctant to turn over any sums to Randolph.

Eventually, however, matters are settled, and the two are permitted to marry. Notably, Jennie gives birth to future Prime Minister Winston just eight months after the wedding.

Lord Randolph has political aspirations, landing a spot as a member of Parliament and eventually as Chancellor of the Exchequer (a position that would one day also  be held by Winston). Jennie supports him with her savvy political instincts, charm, and intellect. She edits and even writes some of his most rousing speeches.

Yet as the marriage progresses, Jennie eventually bearing a second child, Jack, Randolph becomes increasingly moody and ill. He is consumed with politics, fevers, and depression. Adding to it is the constant struggle to live within their means despite Jennie’s fortune. Randolph becomes more and more reclusive while Jennie spends weekends at Sandringham as part of the jolly entourage of Bertie, the Prince of Wales.

With Randolph’s indifference and apparent attachment to his male assistant, Jennie takes lovers, none of them serious until she meets the dashing Austrian Count Charles Kinsky, “the most consuming man she’d touched in months.” Kinsky declares his love, but Jennie is a raconteur in the fashion of her father, preferring that her affairs remain just that, not matters of the heart. Jennie tries to push him away, in part so as not to ruin Randolph’s career, in part because she is afraid of losing herself to Kinsky.

Still, they are drawn together, riding every day at Sandringham or in London’s Hyde Park. In the privacy of her painting room at Connaught Place in London, she paints him in his Austrian hussar’s uniform, the “neck of his shirt open and the strong lines of his throat springing from the canvas.”

But the threat of scandal, the kind that could ruin Lord Randolph’s career, looms. And young Winston, who craves his mother’s attention but rarely gets it, has a serious health scare. Meanwhile, Randolph’s health continues to deteriorate, finally to the point where he has become an embarrassment to himself and a danger to Jennie, forcing her to choose between happiness and duty.

That Churchill Woman is an intriguing version of Jennie’s unconventional life, threading certain rumors that have been speculated upon but never proven through the narrative. Was Jennie’s son Jack not actually Randolph’s? Was Randolph a homosexual? Did he die of syphilis? Did Jennie actually have a snake tattoo on her wrist?

Unfortunately, the answers to these questions are all lost to history. Meanwhile, That Churchill Woman is an engaging and heartrending account of a complex woman living in a complicated world who learns that no one can live their life entirely as they choose.

Judithe Little is the author of the award-winning historical novel, Wickwythe Hall.