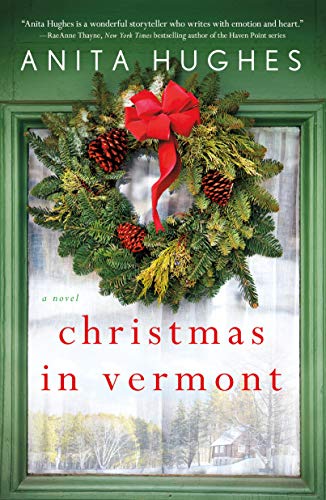 Emma can't seem to make a relationship last. She meets a guy she thinks—as well as hopes—will be "the one," but by the time they’ve been together a year, she dumps them. She recently did this with Scott, her latest beau. He booked a trip for them to spend Christmas in Hawaii, but she broke up with him before they could go.

On Christmas Eve, Emma heads to a Manhattan pawn shop to sell the bracelet she received from Scott. She is surprised when she sees the watch she had given her college boyfriend, Fletcher, 11 years prior. Fletcher was the one she thought she'd be with forever, but after graduation, Emma, who wanted to work in the publishing field attained a lucrative position in the city, while Fletcher, with  his heart set on directing plays, received a position as an assistant director in London that he couldn't turn down. This was the end of their future together.

Emma tells her best friend, Bronwyn about finding the watch, and Bronwyn reads the inscription on the back:

“‘To Fletcher, you have my heart,’ Bronwyn read and looked up excitedly. ‘Finding this watch isn’t strange at all. It’s synchronicity.’

“‘I took an undergraduate psych class on synchronicity at NYU,’ Bronwyn answered. ‘It means a meaningful coincidence that plays an important role in our lives,’ she finished triumphantly. ‘You were meant to find this watch.’”

“‘It was crazy finding it there of all the jewelry stores in the city.’ Emma nodded. ‘But that’s what a coincidence is.’

“‘Synchronicity is different, you have to act on it, or you lose the possibility of the greatest occurrence in your life. Synchronicity at Christmas is even more special, it’s the season of miracles.’

“Emma wondered again why she had the impulse to buy Fletcher’s watch. But she couldn’t let it sit there with all those rejected pieces like the toy soldiers in the Nutcracker ballet.

“‘We’re going to find Fletcher and get in touch with him,’ Bronwyn was already walking towards the computer.”

Happily married with two little girls, Bronwyn wants the same for Emma. She discovers Fletcher is staying at the Smugglers Inn in Vermont, and her Christmas present to Emma is a six-night stay at the same inn where Fletcher is for the holidays. Emma doesn't want to go, but it’s better than being alone, so she acquiesces.

After settling in, Emma goes ice skating and is shocked to see Fletcher. He is accompanied by a young blonde and a preteen girl. She wants to head back to New York, but she agreed to help Betty, the innkeeper, with the children's activities as the current director is ill. Little does she know there's only one child in residence, and it is none other than Fletcher's loquacious daughter, Lola. Knowing she cannot compete with Megan, Fletcher’s leggy younger woman, she decides to stay for Betty as she does not back down on her promises.

Emma and Lola meet later while Emma is playing the piano at the inn. Lola coerces Emma into accompanying her while she sings at talent night. She is unable to refuse the enchanting girl even though she knows it is inevitable she will run into Fletcher.

Feeling desperate, she gets in touch with Bronwyn:

"'Enough about me, I want to hear about you and Fletcher. Let me guess, you ran into each other last night at dinner, and he asked you to join him. You roasted chestnuts until midnight and talked about everything you missed. Then you stumbled up to his room and made love all night. Now you're going to join him in the outdoor Jacuzzi where you'll sip schnapps and make heart-shaped rings with your breath.'

"'That's definitely the movie version,' Emma nodded. 'The real-life version is I went ice skating yesterday and saw Fletcher with some leggy blond and a beautiful little girl. I was too embarrassed to go downstairs to dinner and was determined to leave this morning. Only, it's snowing, so I decided to play the piano.' She took a breath.

"'Then Fletcher's daughter heard me playing and convinced me to accompany her in tonight's talent show.' . . .

"'I don't know! Fletcher hasn't seen me, and I don't know what to do when he does,' Emma moaned. 'Lola calls her the good witch. Apparently, since she came into the picture, Lola feels ignored.' . . .

. . ."'Lola is afraid the new fiancée is stealing her father away,' Emma explained. 'That's why I couldn't say no. She's desperate to perform in the talent show so Fletcher will notice her.'

"'Don't you see, it's synchronicity all over again.' Bronwyn peeled the mud off her cheeks. 'You were planning on coming back to New York but then you got snowed in. Of all the people who heard you playing the piano, it was Fletcher's daughter. You're going to perform in the talent show together and it will all work out perfectly.'

"'You forgot about the blond fiancée with the diamond ring that's as big as a bird's egg,' Emma reminded her."

Emma still harbors feelings for Fletcher, though she cannot act on them, especially now that he is engaged to Megan; and this engagement happened not long after he and Lola's mom divorced. Emma realizes she's no match for the gorgeous actress, though Lola states she does not like the woman.

Lola overhears Betty confiding she is fearful of losing the inn due to financial reasons, so she and Emma plan a benefit to raise money. Meanwhile, things between Fletcher and Megan appear rocky.

The time span of this novel commences at Christmas with each chapter counting down to New Year’s Day. The reader is introduced to a lot of backstory from both Emma and Fletcher, supplying information of their history together. The snow filled countryside of Vermont along with the delightful characters makes this an enchanting holiday read.