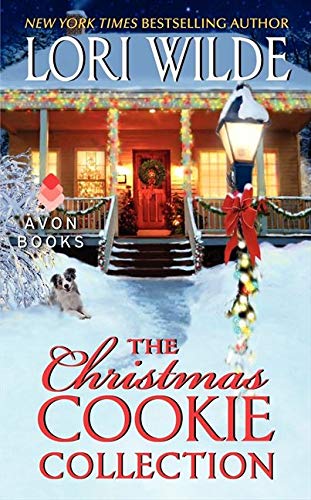 The Christmas Cookie Collection is a compilation of four short stories by Ms. Wilde, three previously published. These novellas take place in the charming town of Twilight, Texas, and Christmas is the common theme.

Carrie MacGregor's tale commences the series with her dreading the upcoming holiday season. Everyone else is joyful and excited; Carrie is downright depressed. She and Mark Leland fell in love in high school and on impulse the two ran away to Las Vegas to marry just before Carrie turned 18.

Upon their return, Mark's parents demand an annulment, and Carrie doesn’t hesitate when she learns Mark has been accepted to college. She loves him so much and would not ruin his future, but she never gets over him. Carrie remains in Twilight and takes over her older sister's yarn shop, trying to put on a happy face through the dreaded holidays.

Twilight is quite a tourist attraction. Legend had it that in the 1800s two teenagers were separated during the War Between the States. Never giving up their love for each other, they reunited several years later. It is believed that if one throws pennies into the park fountain, the thrower will reunite with his or her high school sweetheart. Though Carrie has tossed in many coins her wish never comes true.

Now after eight years Mark, a famous reality show host, returns to produce a show to prove the town's legend a fallacy. Is a future possible for a small town girl and a celebrity?

Decades pass, and Raylene confesses a secret to Earl that drives him away. A year after his departure, Raylene wonders if he is dead or alive or if he will ever return.

Forced to run the tavern by herself Raylene decides to hire an unknown young woman. Shannon Nagud explains she is trying to make a new start after a disastrous marriage in which her husband conned her of all her assets.

Something about her stirs Raylene—unusual for her for she is not taken in by sad stories—but she takes a chance on Shannon. But Shannon is hiding a secret that could blow up in her face.

In the third story, Christine Noble owns the town bakery, a big hit among the locals. Her older friend, Patsy Cross and the sheriff she has loved for 40 years are due to marry on Christmas Eve. Christine is making their cake. Happy for Patsy, she puts on a good face to hide her sadness.

As a sophomore in high school, Christine has a crush on a senior, Eli Borden. They share her first kiss; she knows she has found the one she wants to spend her life with. Then Eli moves away, and she suffers a devastating accident at 16, which dashes most her hopes for the future.

Single with no husband material in sight, Christine learns the dreadful news that not only is she left with a permanent limp, but she is also unable to have children . . . something she desperately wants.

Several days before Christmas a man arrives at her shop to order a birthday cake for his daughter. It is Eli! Christine cannot believe how handsome he still is. She learns he has four children and lost his wife three years prior, so she cautions herself against the possibility of romance.

In the fourth story, Flynn MacGregor Calloway, Carrie's older sister, is married to her high school sweetheart, Jesse. It's been a long tough road for the couple because Jesse had been incarcerated for 10 years on a drug charge of which he was innocent. Now determined to put the past behind them, they are happy and eagerly awaiting the birth of their first child. Thought finances are tight, Flynn is sure this Christmas will be the best ever for both of them.

Volunteers for the Christmas Angels, Flynn and Jesse set out to deliver Christmas dinner and gifts to an impoverished family. Though the threat of a winter storm looms, they leave early hoping to return before it hits.

They make their delivery and spend time with the family, departing as the storm comes in. They are pulled over by the police, who inform Jesse they want to question him because where they were is know to be a local drug house. Though he pleads his innocence, his past is back to haunt him.

The cop offers to drive him back, so Flynn sets off alone. The storm intensifies and tragedy strikes when Flynn runs off the road and wonders if she will be found before it’s too late.

For lovers of romance and holiday tales, The Christmas Cookie Collection offers heartwarming vignettes to be enjoyed at any time of year.