The Children's Train: A Novel 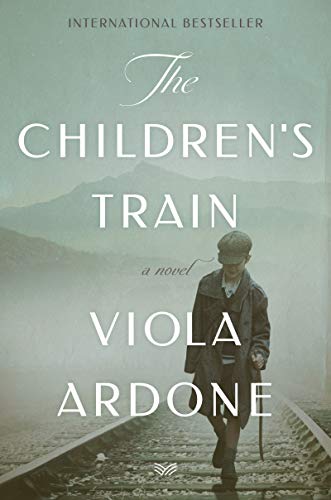 “The Children’s Train is a sympathetic, well-crafted novel filled with vacation-worthy sights and authentic experiences from an Italy that balances folk tradition with modernity.”

Originally published in Italian as Il Treno dei Bambini, Viola Ardone’s critically acclaimed coming-of-age novel has now been translated for an American audience. In The Children’s Train, Ardone tells the story of a disadvantaged boy having to choose between two paths against the beautiful backdrop of post-war Naples. Through a combination of a first-person voice and a balanced tone, the book paints an eminently believable and sympathetic picture that for American readers will serve the dual purpose of both literature and a mental vacation to the Neapolitan coast.

Amerigo Speranza faces a difficult boyhood in Naples following the defeat of Mussolini and the post-World War II reconstruction. The city is in ruins after the fighting, leaving many people in poverty. At one point, Amerigo attempts to catch and sell rats at the market, and his single mother struggles to support him. Various factions attempt to fill the power vacuum in post-war Naples, including the Communist Party, which Amerigo’s mother becomes involved with.

Amerigo’s mother is very human and realistically flawed. She is not afraid to teach Amerigo the hard truths of life. She has a complex relationship with the local chapter of the Communist Party, initially believing that it is interested in helping the poor, though over time it reveals itself as power hungry. Led by this sentiment, she participates in a charitable outreach program run by the local communists in which poor children from Naples are sent to wealthy host families in northern Italy for a better education.

As a result, young Amerigo’s mother sends him up north with a group of disadvantaged children, leaving the warmth of southern Italy for the cold northern winters. His host family exposes him to wealth and comfort for the first time, providing him with schooling, music lessons, and affection. As he grows, Amerigo feels torn between his affectionate, generous host family and his tough-love single mother in Naples.

The first-person voice describes an Italy rebuilding itself through the eyes of a child. What is lost through the limited point of view is compensated with Amerigo’s interior monologue and attempts to make sense of the world in his own innocent way. The voice is very moderate, and though the narration is not exactly how a child would talk, it provides just enough clues to indicate Amerigo’s youth without being distracting.

The author is wise to counterbalance the sad moments with moderate moments, avoiding the trap of romanticizing poverty. The readers are not led by the hand to pity the narrator, which removes the focus from the child’s sad predicament and instead focuses on the child’s self-agency and decision-making, providing readers a cause to feel invested in rather than a slog of sadness.

The narrator’s loneliest moments are relegated to key plot points and made more impactful when contrasted against the bright, lively descriptions of Italian food, festivals, and traditions. Readers will enjoy the scenes featuring traditional Neapolitan pizza, the pignatta, and the custom of a witch named Befana delivering candy to children on the Feast of the Epiphany.

The structure of the book requires Amerigo to choose between two worlds that are contrasted against each other: Northern Italy with the cold winters and the wealthy cities, Southern Italy with the Mediterranean climate and poverty. Each of Amerigo’s family members in the South have a counterpart in the North, which is very effective. This structure reminds one of Colm Tóibín’s Brooklyn.

The Children’s Train is a sympathetic, well-crafted novel filled with vacation-worthy sights and authentic experiences from an Italy that balances folk tradition with modernity. Readers will genuinely care about the children in this book and will feel deeply moved at the story’s resolution, when Amerigo must choose between his two families.