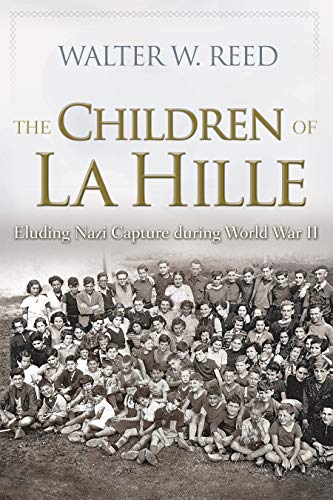 After the horror of Kristallnacht in November 1938, the author’s frightened parents lived in mortal fear of Nazi persecution. To find sanctuary for their son, they placed him on a train to Belgium along with many other children escaping escalating anti-Jewish violence in Germany and Austria. In most cases, the  parents were never heard from again. This is the story of their brave children’s survival.

A group of Belgian women created a daring, but still largely unknown, rescue mission. More than 800 Jewish children were taken into Belgium from Germany and Austria. Many Belgian families volunteered to host a Jewish child or to provide a financial contribution, including the queen of Belgium, who gave 5,000 francs in cooperation.

After Germany invaded Belgium, almost 100 of the children were placed on freight trains to Southern France. Ranging in age from five to sixteen, the children and their caretakers spent their first brutal winter in a barn, with little food and primitive hygiene.

In 1941, Swiss rescuers moved the children to the Chateau de La Hille, in the countryside north of the French city of Foix. While the United States State Department did everything possible to delay or eliminate Jewish immigration, about 20 children were transported to America in 1941–1942. The remaining la Hille children were constantly tormented by Nazi soldiers and French Vichy militia. The older children became teenagers, maturing rapidly from the constant terror. Most worked hard to maintain the colony and care for the younger children. But the awareness that their parents had been deported to Nazi death camps wore heavily upon them.

About 35 of these resourceful children escaped on foot across the heavily guarded borders of Switzerland and Spain. This often occurred in terribly cold winters with deep snow and in the presence of Nazi border guards. Others were hidden by courageous French families. Some of these children joined the resistance to fight against Nazi Germany. Of the 93 original children, all but 11 survived the Nazi persecution. Many later completed university educations, some immigrating to Palestine.

This is a well-written, detailed, and poignant memoir about the courage of Jewish parents who in most cases would never see their children again and of the mettle of the children pulled away from their families. It also illustrates the strength of their adult protectors who together survived horrific conditions and the constant threat of Nazi soldiers and French Vichy militia.

Author Walter Reed reveals the escape and shelter of German and Austrian Jewish children in in a gripping account, with carefully coordinated events, dates, and comprehensive research sources.

Here we find the intimate details of a personal journal, as well as carefully archived records of the rescuers and of other La Hille children. Many pictures of the children from the author’s personal collection; appropriate maps of France were added. His narration of the children’s escape and their camaraderie during this dreadful experience is as terrifying and wonderful as it is comprehensive and meticulous. He summoned the words to describe a chilling and courageous experience that remains largely unknown today.