Child on His Doorstep (Rescue Haven) 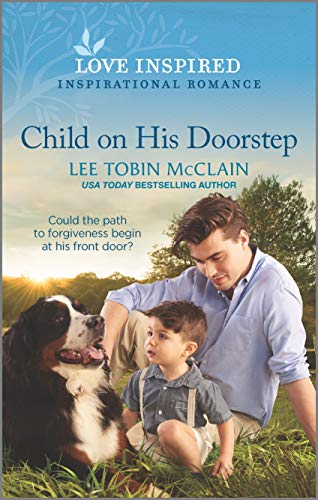 Corbin Beck is single, and a college professor dedicated to his job and doing research. His current study is to learn out how to offer nutritional upkeep for older dogs. When not teaching or studying, he spends time at Rescue Haven, a local shelter that places abandoned canines with good homes. He also assists with a group of teen-aged boys who volunteer to walk, feed, and play with the animals.

Samantha Alcorn, who grew up in Bethlehem Springs is back in town looking to make a fresh start. When in school she went off the rails and started drinking and running around with the wrong crowd. She got pregnant, causing disruption in her home life, especially when the boy refused to acknowledge her pregnancy. Sadly, she miscarried at six months and found solace in alcohol to overcome her pain and heartache, but now she's recovering and wants a new lease on life. Her cousin takes her in and though she is looking for a job, she also volunteers at Rescue Haven.

One day while at home, Corbin overhears a child crying and believes it is his next-door neighbor's grandchild. When the sobbing doesn't cease, he goes to investigate only to find a two-year-old boy on his doorstep. There is a note with the boy from Cheryl, his estranged mother, stating this is his little brother, Mikey. In the message, she asks him to care for him for two weeks. With no other choice, he brings him into his house, baffled as to what to do. He's never raised or been around young children, so how can he handle this situation? Corbin, who suffered a painful childhood due to Cheryl's alcoholism and his father's lack of caring, now finds himself the caretaker for Mikey. What is going on with his parents?

Corbin needs help with the toddler, and this is where Samantha comes in. He hires her to be Mikey's nanny, not knowing she and Cheryl have set this whole thing in motion. Cheryl's drinking prevents her from caring for the child and in addition, her husband is extremely ill and takes up most of her time. She does not want Mikey to be placed in foster care, so what could be better than having Corbin raise him?

While in high school, Corbin had a huge crush on Samantha, though she never knew about it. He offers her a spare room in his home to be available when needed, and before long those old feelings rekindle within him. Samantha sees how caring and tender he is with Mikey and her heart warms. This makes her wonder if they could ever become a family, for she's not only falling in love with Mikey, she cares deeply for Corbin, though she tries to distance herself from him.

At the shelter, Samantha wants to start a new project that would involve getting the younger children interested in the facility and learning to care for the dogs. The main drawback is acquiring funds, which wealthy citizen Mrs. Markowski can provide. This woman oversees the making of a float for the Memorial Day parade to gain interest in the shelter, and she offers Samantha the job of decorating it. If it comes up to her standards, she will fund Samantha's project.

However, Samantha is concerned for the woman knows only too well about her past because she attended school with her now-deceased son, Brock. Will this be a detriment to Samantha's proposal?

She is invited to bring her sketches to Mrs. Markowksi's home for her approval and withholds a giggle when she encounters the woman's dog dressed all in pink sparkles. Unfortunately, Mrs. Markowski considers her plans tacky. Feeling shame, Samantha thinks:

"Was she hopelessly low-class?

"She sucked in a deep breath and consciously relaxed her muscles. You're a child of God. A thought came into her mind then, making her smile: anyone who dressed her poodle up in pin rhinestones had no authority to call their float tacky."

Samantha makes changes to suit Mrs. Markowski, for she wants desperately to take on this venture with the children. Her only concern is that Corbin is working on building the exhibit with his volunteer students. She loves being close to him and can tell he's also attracted to her, but she senses some ambivalence and thinks of her secret.

Though sparks are flying, and he would like it, Corbin cannot visualize a relationship with Samantha. He notices her affection for Mikey, yet he fights to hold his emotions at bay. Remembering his childhood when he had to deal with his drunken mother while growing up, he will not allow his feelings to go any further and refuses to possibly endure the same occurring though Samantha faithfully attends AA meetings and has been sober for a while.

As they become closer, Samantha agonizes over the secret she is keeping from Corbin. He doesn't know Samantha met Cheryl in an AA meeting, and they both concocted this plan to have Corbin raise Mikey. How can she tell him the truth without him hating her, especially now that she's fallen in love with him?

For the first time in her life, Samantha feels like she belongs. She has new friends who accept her, flaws and all, but she wonders if she ever will have a family like they've developed, even though they're not really a family. Heartache ensues for them as they try to keep their attraction to themselves, both afraid of past hurts, secrets, and a fear of what the future could hold.

Book 2 in the Rescue Haven series is about forgiveness, self-acceptance, and a strong faith in God, which carries the characters through. Learning to accept love and healing is what drives Corbin and Samantha to become the best they can be, making this a heartwarming tale.