The Chiffon Trenches: A Memoir 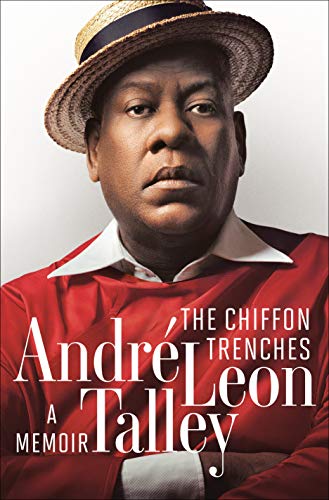 The biggest misconception about the fashion business is that it is glamorous and filled with people cut from a precious cloth, pun intended, that few can compare to. That assumption is one that will influence most readers’ assessment of the subject matter dealt with in The Chiffon Trenches. Writing a memoir such as this is all about perspective, self-perception, and that pesky little thing called the truth.

The true conundrum is that the fashion business is not and has never been a business of ladies and gentlemen, but actually a business that is as cutthroat and abusive as any other profession; there are the used and the users. As luck would have it Mr. Talley’s book is timely, but let’s  just say  that  after five decades he might have waited a tad too long  to play the race card, the woe is me card, and the victim card all laced with the how fabulous I am card with an air of being a prima donna thrown in.

The Chiffon Trenches can be appraised on two distinct planes, which will be determined by those who endeavor to plow through the memoir. This dichotomy of appreciation lies in whether or not you have been directly involved in the world of fashion or you are merely a spectator.

Talley consistently reminds you of how well turned out he is and who his so-called friends are, Karl Lagerfeld endlessly, and yet never tells us of all the gifts he received from countless others and his acceptance into rarefied circles because of his jobs and what these so-called friends expected in return. Apparently it never occurred to him that he was being used as a tool for favorable media coverage or more commonly as a means to an end, neither of which had nothing whatsoever to do with actual friendship. It is odd that none of the living from that era are quoted and only the dearly departed are quoted second hand by Mr. Talley. Something is rotten in Denmark as they say since there are still many of his peers who are still alive and bore witness and worked within the same milieu as he and yet they are not quoted or even referred to. Only the dead are cited and the dead can’t fight back or dispute the written word once they’ve passed.

As for his assumption that he and Anna Wintour were bosom buddies, seemingly it never occurred to him that he was her employee and not his friend despite their outward relationship since no matter how you slice it he worked for her and thusly he kowtowed to her and did her bidding as a fawning acolyte. Talley’s fatal flaw in that scenario is that he saw himself as her equal and that could not have been further from the truth—like her or not, she rules the roost.

The prospective reader has a hell of a job ahead of them when it comes to deciphering where and if what is written is all true, half true, and simply some Cinderella story about a large man of color who has an extraordinarily high opinion of himself and a fount of fashion knowledge. He is well known for his bloviating, long-winded, pretentious diatribes, so a great deal of focus and knowledge are required to separate what actually was as opposed to what was creatively constructed to enhance one’s position and persona.

Some readers will throw the book at the wall in disgust and others will find the book fascinating with its tsunami of name dropping and tales of his “friendships” with so many of fashion’s great luminaries.